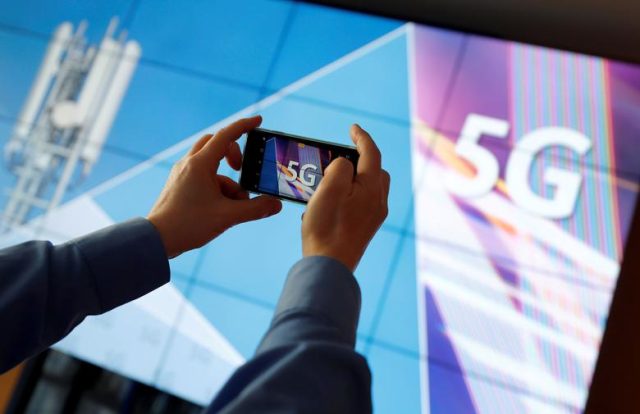 Having the same minister continue with the job (even for a short period) after the rest of the government has changed, opens a window of opportunity for the sector. Amin (whose recent performance in the ministry is good) does not need time to learn about the past and can hit the ground running.

The IT ministry has two domains – IT and telecom. In IT, some very positive results achieved during his time, for example, the announcement of some much-demanded IT reforms in February 2022 by the former prime minister. His major challenge now is that those initiatives and concessions do not reverse.

IT is entirely dependent on high-speed broadband internet connectivity provided by telecom.

We must not get complacent by the figure of 113 million 3G/4G SIMs out there because every user has more than one SIM, which significantly lowers the number of actual broadband users. Plus, the quality and speed of broadband are rather poor, particularly outside the affluent areas of large cities.

Therefore, I would like to propose a short telecom-related to-do list for the coming weeks/ months, aimed at improving the broadband internet.

Given that this is the time of budget preparation, the first issue to address is that of excessive telecom taxes. The respite in taxes that the telecom sector got in the last budget proved short-lived.

In particular, the withholding tax on internet use rose to a whopping 15%. This tax is regressive because it discourages internet use. Plus, this tax is unfair to the poor because those with taxable incomes adjust this tax against their final tax liabilities, which the poorer individuals cannot, as they have no liability to pay income tax.

All the telecom equipment is imported, and it attracts all kinds of customs duties, additional customs duties, and regulatory duties. These duties make costly items, eg optic fibre cables, even more expensive.

These duties need to be rationalised. A long-term solution could be accession to WTO’s IT Agreement, which obligates abolishing tariffs on IT goods. It also brings the much-desired predictability to the tax regime.

Here two components need to be addressed – spectrum in the last-mile wireless part, and optic fibres in the wired backbone/ backhaul part. Let’s take them one by one.

Pakistan has the dubious distinction of being among the most spectrum deprived countries globally because the government has not released enough spectrum at reasonable terms.

After the failure of the last spectrum auction in September 2021 (where three out of four mobile telcos stayed away), the next spectrum auction – hopefully with lower floor prices and better commercial terms – will happen in January 2023.

This plan must not be pushed further down the calendar on the pretext that some of the time has been lost. The success of this spectrum auction will be vital for the future of Digital Pakistan.

On the topic of the spectrum, its trading and sharing be enabling immediately so that this limited natural resource can utilise in the most optimised manner.

Similarly, the framework for infrastructure sharing needs expediting to avoid the wastage of precious national wealth.

The penetration of optic fibre cables in Pakistan is also among the lowest in the region (except Afghanistan). Right-of-Way obstacles continue to hamper investments in optic fibres. Dispute resolution with authorities takes too long – if at all.

The situation in smaller cities needs even more help because the business case for the private sector over there is not persuasive enough. This help can be either through USF or through public funding.

Also, the government has to create demand (eg, by connecting schools with optic fibre broadband).

Universal Service Fund (USF) is doing a great job of funding fibre connectivity to remote locations. However, USF funds should go more to telecom infrastructure providers (TIPs) and not just to the service providers (SPs).

This is because SPs have to compete against each other, so they do not like to share their high-value fibres with their competitors. On the other hand, the TIPs thrive when many SPs share their infrastructure.

Many governments and regulators decisions and directives become stuck in court cases. Since the issues are technical in nature. The solution lies in having specialised telecom tribunals, as also alluded to in the Telecom Act.

Critics say that the unscrupulous elements would still undermine/delay the implementation of decisions. (By challenging the tribunal findings in the higher courts). But then the improvement will be that the findings of tribunals will help the higher courts decide quickly.

Several other issues can facilitate ease of doing business, eg:

We were late by about a decade in bringing 3G to the country. Later, when 3G launched together with 4G in past. Countless new businesses started sprouting up in the country. Which generated employment and contributed massively to the economy.

Let’s not be too late in 5G now. Recently, a comprehensive 5G strategy worked out in the IT ministry with the help of the World Bank. One hopes it will continue to pursuing expeditiously during the coming weeks.

As part of the 5G strategy, a large amount of spectrum needs released/auctioned by the government. (As also mentioned above). And Telcos should be free to use the spectrum to expand/improve 4G, followed by 5G. (Perhaps in the selected hotspots at first.)

In end, I must repeat that above to-do list only touches upon some of the most urgent and essential issues. That can be undertaken in a relatively short time.

The writer is the former CEO of the Universal Service Fund. And he is providing telecom (policy and regulation) consultancy services in several countries in Africa and Asia.