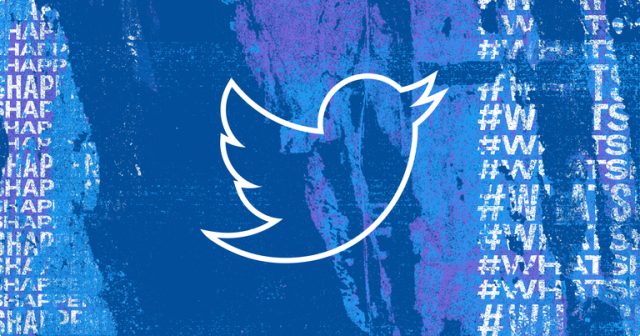 The “Official” designation will be used to designate verified accounts, such as governments and significant news sites, when the $8 premium subscription service is made accessible, according to Esther Crawford, Twitter’s early stages executive, who made the announcement on Tuesday.

Twitter delayed the rollout of the new Twitter Blue subscription service. Until after the US midterm elections on Tuesday due to worries about impersonating public people, according to Yoel Roth, the company’s head of safety and integrity. 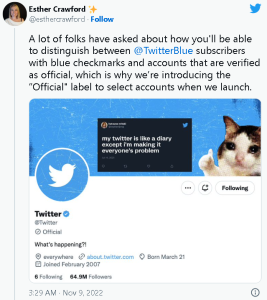 People with knowledge of the situation claim that fake government accounts are a common issue for Twitter worldwide. Crawford stated that only big media outlets, businesses, and government agencies. As well as other public figures will have access to the “Official” designation, which won’t be for sale.

A Reuters story states that the social networking site Twitter will launch a new $8 premium membership package. According to Esther Crawford, Twitter’s early-stage products executive, the major media organizations and governments will be among the Twitter accounts. That is verified and so referred to as “Official” on Twitter.

Even though the official label won’t be offered for sale. Select accounts will get it, and it won’t be accessible to all.

Governments, private companies, trade associations, large news organizations, and some other public personalities will be allowed to access it.

According to Jason Goldman, a former Twitter board member and head of product in its early days. It creates a confusing atmosphere where certain accounts will be recognized officially while others won’t. It’s a whole mess, he declared.

A person with knowledge of the situation said that the new label is the result of an internal campaign by Twitter policy executives. Those who were troubled by the idea of foreign authorities paying for verified check marks. Furthermore, we’ll keep experimenting with new ways to distinguish between different account kinds, Crawford added.