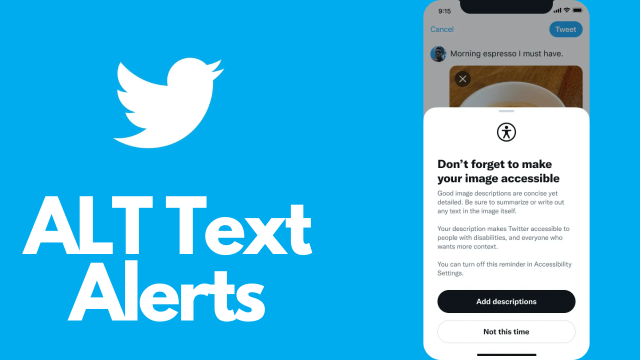 Twitter is launching a new opt-in feature that will remind users to add alternate text to photo uploads. Through the reminders, Twitter is trying to make the app more accessible for its screen readers.

The social networking site started testing the feature in July on limited user accounts. After the successful testing phase, it is now rolling out for everyone.

Through the feature, a user will be able to add text explaining the photos that are uploaded. This way, visually impaired users or screen readers will be able to participate in the conversations on the platform. Apart from that, the users who do not have access to good internet and cannot load the photos will also be able to get the context.

To enable the feature, users can click on the Settings menu and choose the Accessibility option. Then tap the “Receive image description reminder” option. Once enabled, the app will remind the user to add the text on the next upload.

Posts that have used the new feature will have an ‘ALT’ badge in the left corner. The provided text can then be translated into the desired language.