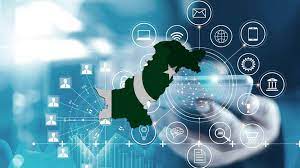 IT and Telecoms Minister said that the telecoms industry attracted about $6.1 billion in foreign direct investment (FDI) from July 1, 2018, to March 30, 2022.

As per the official statement released on the ‘World Telecommunication and Information Society Day’, the minister informed that in the last three years, revolutionary steps have been taken in the IT and telecommunications sector, which has made it the most attractive for local and foreign investors.

It said that the number of active mobile SIMs reached 193 million in March 2022 due to reforms in the telecom sector, and the number of mobiles and fixed broadband connections increased by 39.4 per cent.

It was mentioned that the projects to provide broadband services across the country have been launched through the Universal Service Fund (USF), the department’s IT and telecoms arm.

She added, As of June 2021, more than 37 projects valued at Rs.31 billion have been started and 50-75% of works on most of these projects have been completed.

The Minister said that Rs 6,470 crore has been spent on nine different projects for fibre and broadband services in Punjab and nine projects worth more than Rs 8,480 crore are underway in Sindh for the provision of high-speed internet, high-speed and fibre optical lying in the province.

It noted that the number of projects for the 14 districts of Balochistan is 11 for Rs 8,430 crore. More than Rs 7,080 crore will be spent on 8 different projects of broadband and fibre optic services in fourteen KPK districts.