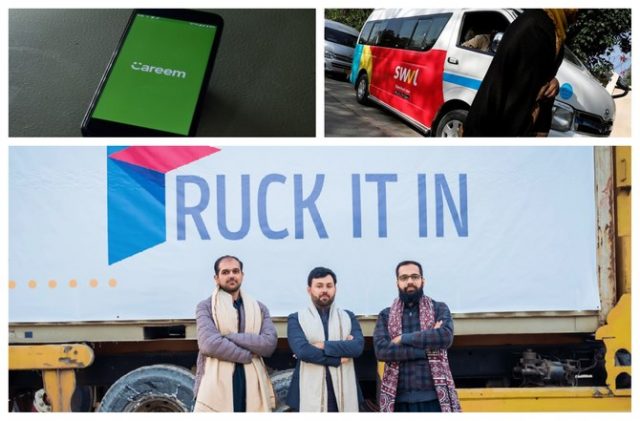 Pakistani startups have been striving to adjust to a changing economic environment by rolling back some of their services and reducing their workforce, said various stakeholders, as these companies seek to appear more consolidated and resilient to attract greater investment.

The newly launched tech-driven firms in Pakistan drew global attention after they managed to raise about $365 million in 2021, accounting for over 60 percent of all deals made within the sector during the last seven years, according to startup advisory platforms like Invest2Innovate (i2i) and Alpha Beta Core.

The inflow of funds also continued during the first quarter of this year, amounting to $176.6 million. However, three startup services in Pakistan, Careem, SWVL, and Truck It In, announced a reduction in their services along with layoffs to handle the prevailing economic situation in the country.

Careem announced its decision to suspend the food delivery service.

“The future plans of the company are very ambitious,” Madiha Javed Qureshi, communications and public relations director at Careem, told Arab News last week. “We are doubling down on our ride-hailing service. But when the economic conditions become favorable, we will resume food delivery as well.”

Truck It In, a logistical service that raised $13 million in one of the region’s largest seed funding rounds this February, announced realignment by scaling down business due to “the current global economic uncertainty.”

“We have to deal with the new normal of 2022,” Sarmad Farooq, the organization’s CEO, told from Houston, Texas. “There is an opportunity for correction within the company through rightsizing.”

Truck It In cut down its workforce and reduced discounts on its services.

“We don’t have capital constraints as we have 70 percent of the capital with us and sufficient cash available,” he continued. “But we want to use the capital with utmost responsibility. We have made the decisions while keeping in view the next 24 months.”

He maintained the recent decisions made by the company would help it emerge as one of the lasting players in the logistics sector after passing through the consolidation phase.

According to the World Bank, the COVID-19 pandemic and the war in Ukraine have negatively impacted the world economy which is expected to witness a major decline in growth from 5.7 percent in 2021 to 2.9 percent in 2022.

“The growth of startups resulted from the low-interest rate regime worldwide,” said Khurram Schehzad, CEO of Alpha Beta Core, a startup investment advisory platform. “During the last two years, this growth had fueled by high liquidity. As interest rates had drastically reduced to almost zero on the dollar. In some countries, these rates were even negative which diverted the money toward startups.”

“Low-cost liquidity, growth factor, and untapped markets were the main reasons that attracted funding in the region,” he continued. “Liquidity chased growth and value. Now, the interest rates are increasing, inflation is surging and the growth is slowing down. Naturally, money will flow out and its mobilization will become difficult.”

Schehzad said the current situation was not peculiar to Pakistan.
“Over here, there are about three startups that have cut down to save their costs,” he said. “If they do not bust, they will emerge much stronger.”

Kalsoom Lakhani, co-founder & general partner at i2i, a venture capital fund, said she was still “bullish” on startups in Pakistan.

“We’re still a massively untapped market with a large consumer base that’s increasingly digitized,” she said. “Any outside investor should know that this remains unchanged. However, with inflation and rising prices, consumer mindsets are also shifting. So, we should all be betting on founders that are building correctly in this environment. And they know how to be both economical and aggressive.”

In conclusion, asked about major challenges facing startups in Pakistan, experts mentioned the political and economic situation at home. While pointing out that global developments were likely to have less of an impact on these companies.