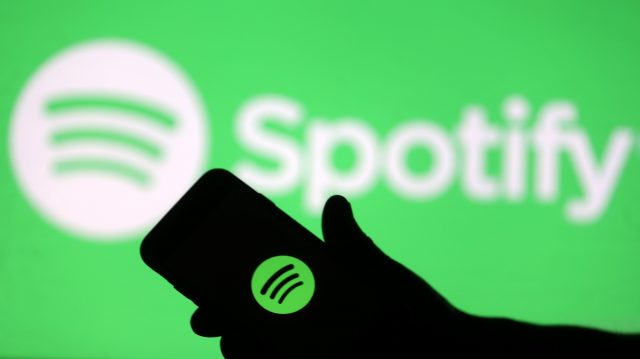 After expensive expansion into podcasts and audiobooks, Spotify is expecting to reach $100 billion revenue annually.

Spotify Technology SA said it expects to reach $100 billion revenue annually in the next 10 years. And it promised high-margin returns from its costly expansion into podcasts and audiobooks.

To reach its ambitious goal, Spotify would need to make its revenue grow nearly 10-fold from 2021 revenue of $11.4 billion.  And Chief Executive Daniel Ek also forecasts gross margins to jump to 40% and operating margin to 20% at the same time.
“Spotify will put out these pretty audacious targets. And we are going after these because that’s how we see the world. And we are going to invest behind that,” Ek said.

Shares of the company rose 6.5% after losing 53% of its market value so far in 2022, worse than the 24% drop in the S&P 500 communication services sector index, which includes Spotify and other media and social network companies.

Ek began the nearly four-hour investor presentation trying to reset Wall Street’s perceptions of the company, saying some may think “we’re a bad business or at least a business with bad margins for the foreseeable future.”

One of the reasons for not reaching its long-term goals was its aggressive spending to build up its podcast and audiobooks platforms. Though Ek said its investments are already performing “better than you probably expect,” with gross margins of 28.5%, well on its way to reaching the company’s 30%-35% long-term goal.

Spotify’s chief content officer Dawn Ostroff said:
The company has committed more than $1 billion to podcasts.  And it expects podcast revenue to increase materially this year from the $215 million, it made last year. She said the company was still in investment mode, but it believes podcasting to be a $20 billion opportunity.

Ek expects the podcast business to have the potential to generate margins between 40% to 50%. And audiobooks also have margins over 40%. He did not specify how long it would take for the company to hit those numbers.

Spotify is also planning to enter new types of content apart from music, podcasts, and audiobooks. This target is set for the next 10 years which would boost its average revenue per user.  The engineering manager Alexander Nordstrom said. He said Spotify was on track to hit its goal of 1 billion users by 2030.

While it has so far been a rough start to the year for streaming companies like Spotify and Netflix. The Swedish company also faced controversy over moderating its popular Joe Rogan podcasts.

The service though continued to add users and paying subscribers in the first quarter. The total reporting monthly users of 422 million, ahead of the consensus estimate.

Apple is Launching Most Powerful MacBook in 2022