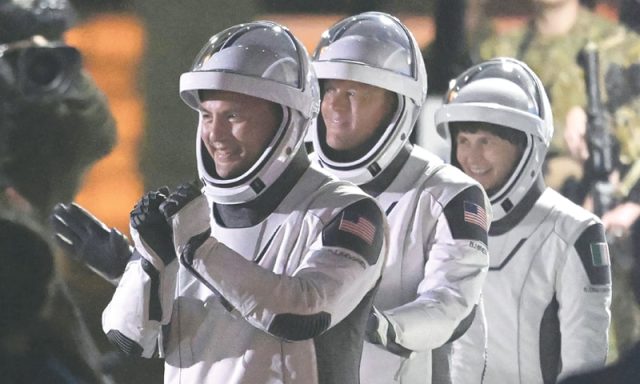 Days after a SpaceX Dragon capsule crewed by wealthy adventurers splashed down off Florida’s coast, another launched on Wednesday, this time for a Nasa mission to the International Space Station.

The Crew-4 mission blasted off from the Kennedy Space Center at 3:52 am, carrying Americans Kjell Lindgren, Bob Hines, and Jessica Watkins, as well as Italian Samantha Cristoforetti of the European Space Agency. The event was live-streamed on Nasa’s website and social media.

The rapid turnaround time for SpaceX — a little under 40 hours between recovering one crew and sending up another — is a sign of an increasingly busy human spaceflight calendar since Elon Musk’s company became NASA’s mainstay astronaut taxi in 2020.

Between 2011 — when the Space Shuttle program ended — and 2020, Nasa was reliant on Russian Soyuz rockets for the service.

“Think how the Cape has transformed. Think about all of those abandoned launchpads on the Cape. And how they are roaring back to life.” Nasa Administrator Bill Nelson said in a press call Tuesday.

Crew-4 will join the Crew-3 quartet, who are approaching the end of their five-month rotation on the ISS. As well as three Russians on the Russian segment of the orbital outpost. A date for Crew-3’s return will finalize soon.

Crew-4 is due to carry out hundreds of scientific experiments, including ongoing research into growing plants without soil in space.

Another involves developing an artificial human retina. Leveraging the microgravity environment of the ISS to help deposit layer after layer of thin films of protein.