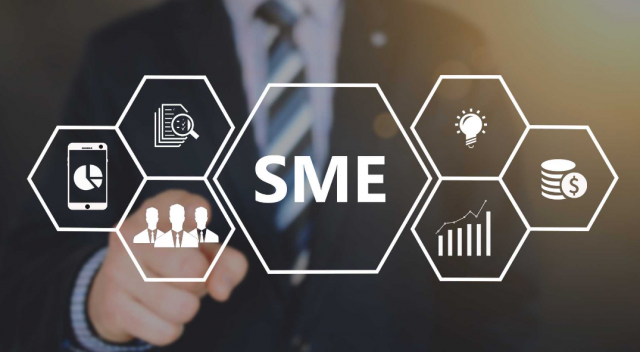 Sector-specific SME banks can assist Pakistan’s small and medium-sized firms (SMEs) in recovering from financial limitations. As a result, there is an urgent need to reform the SME Bank and clarify its role in the SME sector’s development.

The Express Tribune contacted business people and analysts to seek their thoughts on the matter.

“Since the government has opted not to privatize or combine SME Bank with the National Bank of Pakistan, it should be reorganized as an SME-specific institution for the sector’s benefit,” Union of Small and Medium Enterprises (UNISAME) President Zulfikar Thaver told The Express Tribune.

SMEs, according to Pakistan Enterprises Forum (PBF) Vice President Ahmad Jawad, play a significant role in emerging economies and account for the bulk of businesses globally.

SMEs account for around 90% of all enterprises and more than 50% of all jobs worldwide. Formal SMEs provide up to 40% of national GDP in emerging nations, according to Jawad, with the figure increasing dramatically when informal SMEs are included.

By 2030, there will be a global need for almost 600 million jobs, making SME growth a top priority for many governments throughout the world, including Pakistan.

“Unfortunately, due to a lack of money and a lack of presence, Pakistan’s SME Bank has a very restricted function.”

At the same time, SME Banks were created in Pakistan and Malaysia. It is doing really well in Malaysia, but it has been ignored in Pakistan owing to amateurish handling, according to Thaver.

The foundation of SME Bank was to serve as a sector-specific organization to assist SMEs. However, it lacked both the political will and the expertise to provide specialized SME funding.

According to AHL Research banking analyst Sana Tawfiq, microfinance would grow 22 percent. To Rs290 billion in 2021 from Rs239 billion in CY20. “The majority of the funding focuses the rural regions, although it has decreased by 23% there.”

According to the Employers Federation of Pakistan (EFP) President Ismail Suttar, most banks in Pakistan provide SME financing programs. Since they get incentives from the State Bank of Pakistan (SBP).

To increase financing to the SME sector, the SBP developed the Asaan Finance Scheme (SAAF).

Although the banking industry is encouraging Small and Medium Enterprises financing. Suttar believes that the sector requires more work to get better.

One key issue is that banks continue to see SME lending as hazardous. As the bulk of loans based on stated that SMEs are subject to SBP guidelines and cannot borrow more than Rs10 million. However, it is commendable that the government and SBP are giving risk coverage to banks. Ranging from 40% to 60% on a first-loss portfolio basis.

The State Bank of Pakistan (SBP) and the Ministry of Finance must collaborate to make it a model SME-specific bank. Thaver said, adding that the bank also needs skilled bankers for development and expansion.

According to Jawad, SME Bank did not function well. This is why the government has been seeking to privatize it for the last few years. Although it has no assets other than the banking license obtained in 2004.

Banking Mohtasib has Provided Relief of Rs. 639 Million to Customers in 2022