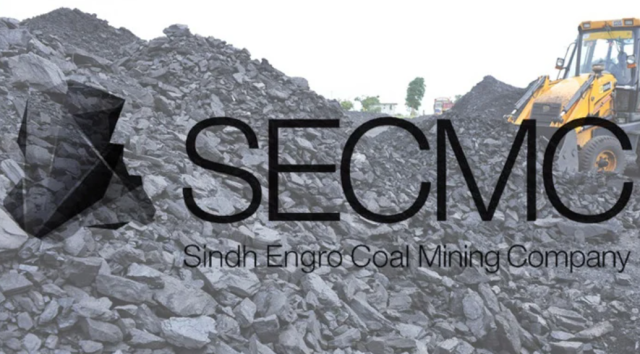 The commercial operations date (COD) for the 7.6 million tonnes per year (MTPA) mine expansion, up from the 3.8 MTPA under phase-I of its plan, has been announced by Sindh Engro Coal Mining Company (SECMC), marking the successful completion of phase II of its mine development.

The successful COD of the Phase II mine expansion is a tremendous accomplishment and a source of pride for both the nation and the firm, as this success translates into the much-needed energy security for Pakistan, according to Chief Executive Officer (CEO) SECMC Amir Iqbal, who spoke on the occasion. It began as an ambition, and now SECMC is genuinely and fundamentally changing Pakistan’s energy environment.

The SECMC crew, which understood the importance of the project and the obstacles posed by the pandemic conditions, “rose to the challenge and finished this expansion within the set timescales,” he stated.

“On this historic occasion, I would want to extend my gratitude and appreciation to the whole team, stakeholders, partners, and local communities who have made this ambition a reality,” he concluded.

Yusuf Siddiqui, the CEO of Engro Energy Limited, gave a speech at the event and stated, “The successful, safe, and reliable operation of the COD of phase II expansion is a great achievement not just for us but for the entire of Pakistan. I would like to extend my sincere congratulations to the federal and provincial governments, our important stakeholders, and the entire SECMC team for this accomplishment. Such a historic milestone is a fantastic illustration of how effective public-private partnerships can do wonders for the nation.”

“At EEL, we commit to safeguarding and resolving some of Pakistan’s most critical issues and to further aim at resolving the challenges in the energy value chain, which is our key focus under the energy vertical,” Siddiqui continued.

The mine’s increase in output from 3.8 MTPA to 7.6 MTPA enables the generation of an additional 660MW of electricity for the national grid, considerably assisting in addressing the energy crisis. By dropping from its present price of $65 per tonne to roughly $46 per tonne during phase II expansion, coal will become one of the cheapest fuels.

The Thar coal resources, which contain 175 billion tonnes of coal, have the potential to easily make Pakistan energy independent for years to come.

The History Of Lounge