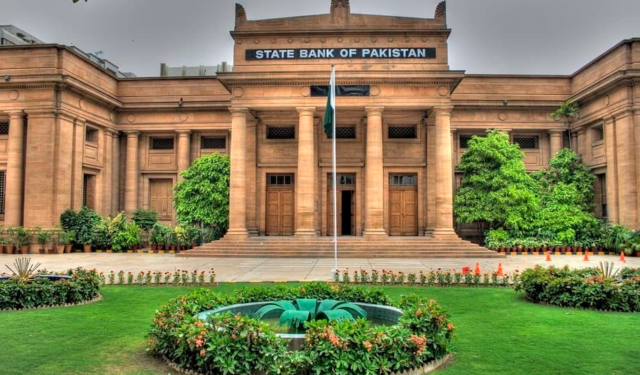 On Monday, SBP will release its main policy rate for the next seven weeks. The majority of analysts agree that the bank will keep the interest rate at 15% in order to wait for the economy to stabilize.

However, given the drop in inflation to 23.2% in September from a 47-year high of 27.3% the previous month. A large portion of market players did not rule out a reduction of 25-50 basis points. More crucially, new Finance Minister Ishaq Dar, who is sticking to his old recipe of operating a controlled economy, will want to see monetary policy eased.

The policy rate is a mechanism used by the central bank to achieve a balance of inflation and economic growth.

In 11 months (September 2021 to July 2022), the central bank raised the rate by 800 basis points to 15%. The bank kept the rate in its recent monetary policy, which was announced in August 2022. A further raise appears to be out of the question for policymakers, which might be terrible. In the aftermath of the terrible floods, the economy has already contracted beyond the required threshold. Rising worldwide oil prices, which have just returned above $100 per barrel, represent a severe danger to Pakistan’s economy.

They might keep the country’s import bill and inflation high.

The increase in oil prices appears to be long-lasting, after OPEC+’s announcement of a significant reduction in the oil supply of 2 million barrels per day. Previously, the price had fallen below $80 per barrel. Energy market developments may cause the central bank to maintain its benchmark interest rate steady. On the other hand, a decline in inflation, a reduction in the twin trade, and current account deficits. And a smart recovery of the rupee against the US dollar may make the case for a policy rate cut.

“We do not expect the main policy rate to alter,” Pak-Kuwait Investment Company Head of Research Samiullah Tariq told The Express Tribune. “Inflation fell in September, but it remains elevated,” he said, adding that a reduction below 20% in the inflation estimate might give a sound basis for the central bank to contemplate decreasing rates in the next three to four months. Almost 70% of central banks throughout the world keep interest rates on the rise.

Meanwhile, flood devastation is being assessed in collaboration with the World Bank.

“The present monetary policy committee (MPC) pause has been dictated by the expected fiscal consolidation in FY23. Recent developments in inflation came in line with forecasts, slowing domestic demand. And improvement in the external position,” she explained. “We emphasize a change in some perspectives where now 40% of our sample base does not rule out a policy rate cut to be announced on Monday. Who had previously expected monetary easing (from) the fourth quarter of FY23,” JS Global Head of Research Amreen Soorani said.

The new finance minister’s plan, which prioritizes inflation control, has caused a shift in approach. Recent factors, such as lower petroleum product prices in the country and a delay in fuel cost adjustment in electricity bills, have fueled predictions of a faster decrease in monthly inflation than previously anticipated, “leaving room for a rate cut this month and/or next month.” Petroleum product prices were decreased by Rs7-17 per liter by the finance minister. Which comprised lower ex-refinery pricing and a lower petroleum development fee. Furthermore, the September 2022 gasoline cost adjustment was postponed, contributing to the September inflation drop.