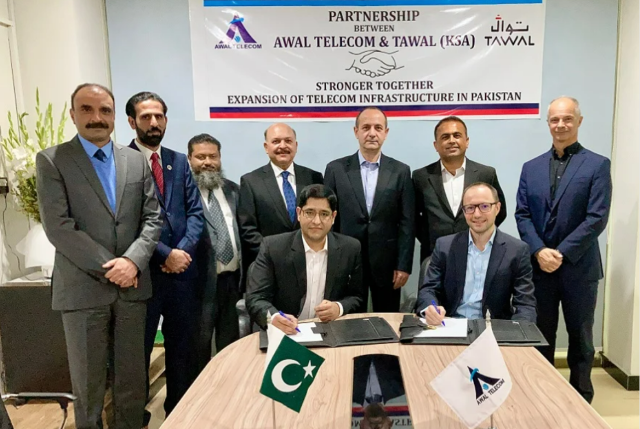 The Saudi Telecom Company (STC), Tawal, has made significant progress in terms of its entry into the Pakistani market and has approached the Pakistan Telecommunication Authority (PTA) to acquire shares of AWAL Telecom.

The move has marked the company’s first international expansion outside the Kingdom.

Tawal, one of STC Group’s subsidiaries, has submitted a request for a change of management of AWAL to the authority. This process will require clearance from different embassies and will also require a number of verifications.

After completing all the necessary procedures, the company will be allowed to operate in Pakistan under the new name. According to sources, it may take a month or more to complete the process.

After getting regulatory approvals AWAL will be rebranded as TAWAL Pakistan and the company will start operations in the Pakistani market. AWAL Telecom Private Limited is an independent Passive Telecommunications Tower Provider company, founded in 2014.

It is among the first few companies to provide Telecom Infrastructure in the country. It is a fully licensed operation by Pakistan Telecommunications Authority, which currently builds and operates the country’s northwest region primarily.

TAWAL, the leading Saudi ICT infrastructure company announced its entry into the Pakistan market via a full acquisition of Awal Telecom in February this year. The move is TAWAL’s first foray outside Saudi Arabia, and an initial step in its international expansion roadmap.

Launched in 2019, TAWAL is a subsidiary of Saudi telecom giant Saudi Telecommunication Company that owns a portfolio of over 15,500 telecom towers in the Kingdom. TAWAL is supporting Saudi’s digital transformation plans, Vision 2030, and expanding reach through smart-city-ready technologies.

At a time when Pakistan is about to launch 5G, the company’s entry into the Pakistani market is being seen as a positive development.

Wecash , A Fraudulent Loan App That Has Been Active In Pakistan

Alchemative Acquires Epinovus to Reimagine and Expand its eCommerce Journey