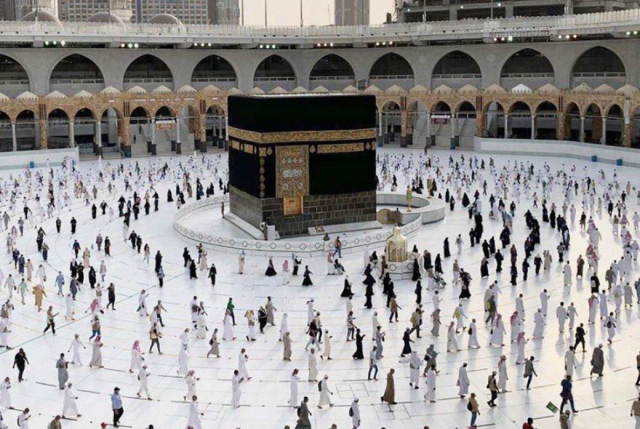 After great anticipation, Saudi Arabia’s Ministry of Interior has launched the ‘Road to Makkah’ project for the year 2022 to assist Hajj pilgrims from Pakistan and five other nations.

The effort by Saudi Arabia was first introduced in 2019. According to PTV World, it covers countries including Malaysia, Indonesia, Morocco, and Bangladesh.

The Saudi ministry of foreign affairs stated in an official statement that the initiative sought to facilitate the arrival of pilgrims and the completion of their processes from their respective countries.

Minister for Religious Affairs Mufti Abdul Shakoor and Saudi Arabia Ambassador Nawaf bin Saeed al-Maliki expressed satisfaction with the provisions made for pilgrims at Islamabad Airport during a meeting on Hajj 2022 under the project, according to the statement.

According to the Saudi Gazette, the project begins with the electronic issuance of visas and the collection of important information followed by passport procedures at the airport of the nation of departure following the verification of health requirements.

The technique includes categorizing and organizing the luggage before sending it to their kingdom of residence.

The pilgrims would be taken directly to buses to take them to their living sites in Makkah and Madina. With designated roads upon their arrival, according to the statement. In contrast, service authorities deliver their luggage to their places of residency.

The ministry will carry out the effort in collaboration with the ministries of foreign affairs, health, Hajj, Umrah, and civil aviation. And the Zakat, tax, and customs departments.