SadaPay, a safe and smart online money management platform, has announced raising $10.7 million in its extended seed round to deliver financial services as a fully licensed Electronic Money Institution (EMI).

The State Bank of Pakistan (SBP) gave the go-ahead to Pakistan’s fintech company SadaPay for the commercial launch which will allow SadaPay their public rollout, “onboarding users in order of their waitlist position.”

The official statement released by the company reads, “On the back of its license approval, Sadapay is closing a seed extension of $10.7 million. This brings total funding to over $20 million and makes SadaPay one of the top-5 highest funded startups in Pakistan.”

No corroboration of the funding amount was provided by SadaPay, which cited investors’ concerns over sharing confidential documents when reached out by Profit.

According to the company, prior investors Recharge Capital, Kingsway Capital, and Raptor Group are all adding to their investments to accelerate the company’s rollout in anticipation of raising Series-A funding later this year.

SadaFam, it’s finally here 🚀 We’re thrilled to announce that we’ve officially received our EMI license from the @StateBank_Pak! It’s been a long journey and we’re so grateful for the love and support we’ve received ❤️

Here’s to exciting times ahead! 🚀https://t.co/pw7IiWRAKU

SadaPay further says it has over 500,000 people on its waiting list, which according to the company COO Omer Salimullah is going to be a gargantuan task to fulfill. He said, “You can imagine the impossible logistical challenge to print and send out 500,000 debit cards in one day.”

He further added, “In order to maintain the highest levels of customer experience, we intend to roll out accounts to our waitlist over a number of weeks.”

SadaPay was established back in 2019 by American entrepreneur Brandon Timinsky, aiming to reduce the complexities of banking which “can be intimidating to the average Pakistani”. “So our mission is to make money so simple that any other way would become unthinkable,” says Timinsky.

The startup says that opening a SadaPay account is easy and quick and the services like bank transfers and cash withdrawals from ATMs across Pakistan are free. 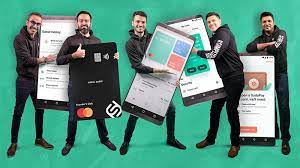 “By using modern technology and removing the high costs of managing physical infrastructure like traditional banks, SadaPay is able to pass its cost savings onto customers in an effort to provide free financial services,” SadaPay said.

The startup makes revenue through provision of value-added services. “For example, when we help freelancers accept international payments or offer payroll services to businesses,” says Tayseer Ali, the company’s CFO.

With the new funding, SadaPay says it expects to more than double its employee headcount to over 250 people by the end of the year and expand its offering with additional products for freelancers and small business owners.

IFA – the world’s biggest high-tech show is coming this year in Berlin, Germany