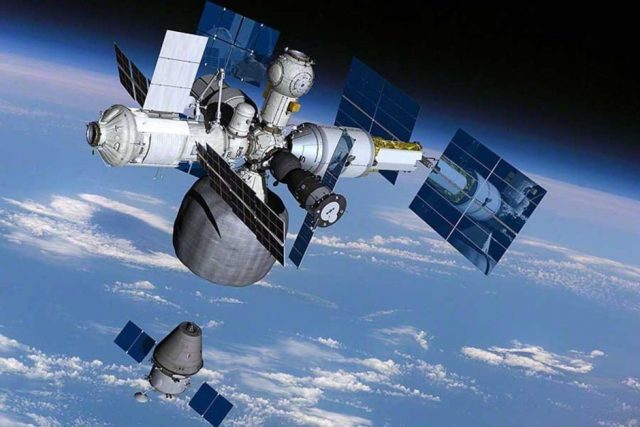 Russia state space firm Roscosmos has informed NASA that it plans to stay in the program until at least 2028 after implying that it wanted to exit the International Space Station cooperation after 2024, according to a Reuters story.

2028 is the planned year for the launch of a new Russian space station, although Roscosmos intends to continue its involvement with the ISS until that time.

Yesterday, when Yuri Borisov, Roscosmos’ recently appointed director, informed Russian President Vladimir Putin that a decision had been made to leave the ISS partnership after 2024, it caused a stir.

The announcement, however, was ambiguous and did not explain precisely when Roscosmos intended to depart after 2024, merely stating that Russia wished to shift its attention to a new space station it was creating known as the Russian Orbital Service Station (ROSS). Furthermore, according to a NASA representative, the organization hasn’t received “any formal word” from Roscosmos. And according to NASA administrator Bill Nelson, the organization hasn’t “been made aware of decisions from any of the partners” on the ISS.

The International Space Station’s two primary partners are NASA and Roscosmos. Both organizations are responsible for running the craft and ensuring that there is always a human presence there.

Concerns over the ISS partnership’s survival have been raised in light of the escalating hostilities between the United States and Russia over the latter’s invasion of Ukraine. While NASA has consistently reassured the public that operations are continuing as usual on the station. Borisov’s predecessor, Dmitry Rogozin, issued many threats regarding Roscosmos’s withdrawal from the ISS agreement.

Borisov is a relatively new figure at Roscosmos, and Rogozin was renowned for making outrageous threats. So it was uncertain how seriously his comments should be regarded. But on Tuesday, Roscosmos released an interview with Vladimir Solovyov, the flight director of the Russian section of the ISS. Who offered further specifics on the plans for ROSS, according to a Twitter thread of the article.

He mentioned the fact that the construction of ROSS will be in two stages. The first of which will start in 2028. And said that he thought it was essential to keep running the Russian section of the ISS. Until then there wouldn’t be a void in crewed trips to orbit. Additionally, Rogozin has stated that the ISS and the next Russian space station will need to share space.

Therefore, there is no need to start worrying about the future of the space station just yet. The spacecraft will continue to be used by NASA until 2030. And Roscosmos will likely be there for most of that period.