The inflow through Roshan Digital Account reached $3.922 billion at the end of March, with the third month of the current fiscal year witnessing the highest inflow since the RDA was launched in September 2020. It also recorded as many as 23,312 new accounts opening by the end of March 2022.

Thanks to our Overseas Pakistanis, #RoshanDigitalAccount had one of its best months ever in March, with deposits of $290mn & 23,312 new accts. Since its launch, #RDA has gone from strength 2 strength, w/ total deposits surging to $3.92bn & 388,494 accts opened from 175 countries. pic.twitter.com/WYjUiRdCUt

Data released by the State Bank of Pakistan (SBP) on Friday shows that the country received $290 million in March 2022 compared to $250 million in Februaryv2022. This reflects more than the average inflows of $253 million during the last six months and depicts a month-on-month increase of $40 million or 16 percent.

Since the launch of the program, 388,494 Roshan Digital Accounts have been opened. On a monthly basis, the number of accounts opened witnessed an increase of 6.4 percent.

From September 2020 to February 2022, the total investments made through the Roshan Digital Account inflows totaled $2.529 billion which helped boost the country’s foreign exchange reserves.

So far, conventional Naya Pakistan Certificates (NPCs) saw an investment of $1.352 billion, whereas investment in Islamic NPCs stood at $1.142 billion. Meanwhile, the RDAs deposited $35 million on the Pakistan Stock Exchange. 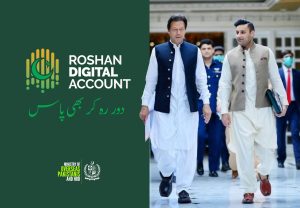 The initiative provides a number of investment options to NRPs in the shape of Naya Pakistan Certificates, the stock market, and real estate. Funds in these accounts can be fully repatriated without any prior approval from the SBP.

Overseas Pakistanis have been a key priority for the incumbent government, which has taken a number of measures in order to attract foreign currency for the cash-strapped economy, which remains dependent on remittance inflows.

Prime Minister Imran Khan has repeatedly termed overseas Pakistanis as the “biggest asset” of the country and stated that the country would not need the International Monetary Fund (IMF) programme in future if it is able to tap their full potential.

China develops the greatest magnetic field in the world

IMF expects the inflation rate to be higher in 2023

US To Commence A Four-Year $23.5 Million Project In Pakistan