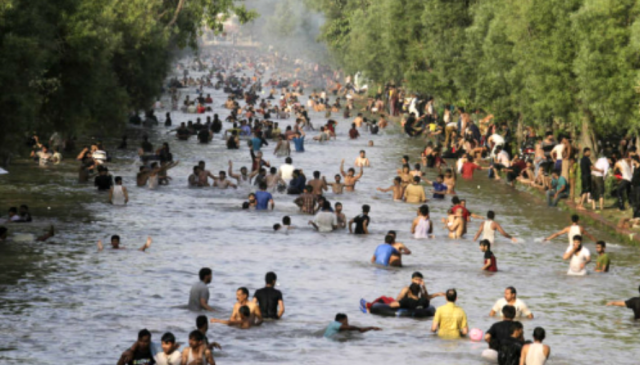 Scientists stated Wednesday that climate change had increased the likelihood of a record-breaking heatwave reaching northern India and Pakistan by 100 times, as the two nations face extreme temperatures that interrupt daily life.

According to a study conducted by climate experts at the UK Met Office, the natural likelihood of a heatwave exceeding average temperatures from 2010 is once every 312 years. Still, when climate change is considered, the odds increase to once every 3.1 years.
The months of April and May in 2010 were utilized as a comparison since they had the highest average temperatures since 1900.

In recent weeks, high temperatures in areas of Pakistan and India have caused schools to close, destroyed crops, placed a strain on electricity supplies, and kept citizens indoors. Experts have even questioned whether such heat is suitable for human existence. 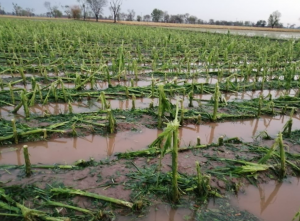 The research also generated forecasts, indicating that the frequency of such heatwaves in the region will rise to once every 1.15 years by the end of the century.

“Heatwaves have long been a part of the region’s pre-monsoon weather in April and May. However, our research indicates that climate change increases the severity of these heatwaves, making record-breaking temperatures 100 times more likely, “said Nikos Christidis of the Met Office, who conducted the analysis. “By the end of the century, growing climate change is anticipated to drive average annual temperatures of these levels.”

India and Pakistan are highly exposed to the effects of climate catastrophe, particularly excessive heat.

According to the scientists, a new temperature record was likely set in the region during the current heatwave.

Temperatures on the subcontinent have risen somewhat recently, but the relief is expected to be fleeting, according to Paul Hutcheon of the Met Office’s Global Guidance Unit.

“The heat seems set to rise again from mid-week, culminating later in the week or into the weekend, with maximum temperatures expected to surpass 50°C in some locations, with ongoing extremely high overnight temperatures,” he said on the Met Office’s website.
“Temperatures are expected to fall back closer to normal during the weekend. There is also a sustained increased danger of fires in the region (mostly from planned agricultural burning), exacerbating the poor air quality. At times, strong winds will lift dust clouds.”