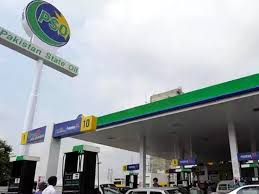 Bloomberg reports that Pakistan State Oil (PSO) plans to invest $500 million in the construction of an LNG facility as part of its diversification plan.

According to the CEO, a state-owned firm also plans to enter the digital payments market by applying for a license to operate mobile wallets.

Taha stated in the report, “PSO has established an accord with a few significant customers in this respect and has started basic preparations for the project that would comprise Pakistan’s first LNG storage facility.” The aforementioned PSO LNG terminal would be developed within four years close to Karachi, the country’s financial and port center, according to CEO Syed Muhammad Taha in an interview on Friday.

The top PSO executive claims that while prices would continue to be high as long as there is a geopolitical problem, they will eventually start to fall.
Once the pricing is reasonable, we’ll move forward.

According to Taha, PSO does not plan to buy any additional fuel oil during the current fiscal year since it expects a 5-7 percent reduction in demand for gasoline and diesel.
According to him, the government is discussing long-term agreements with countries in the Middle East that will cover about 80% of its import requirements for gasoline.
In Pakistan, comparable procedures for LNG and diesel are already in existence.

The rise in fuel prices this year has severely impacted Pakistan. Additionally, it is coping with severe floods that climate change has made worse. Late last month, the IMF stepped in to save the day. But only after it agreed to boost domestic petroleum costs.

Imran Says the Launch of Lahore Business District Next Month