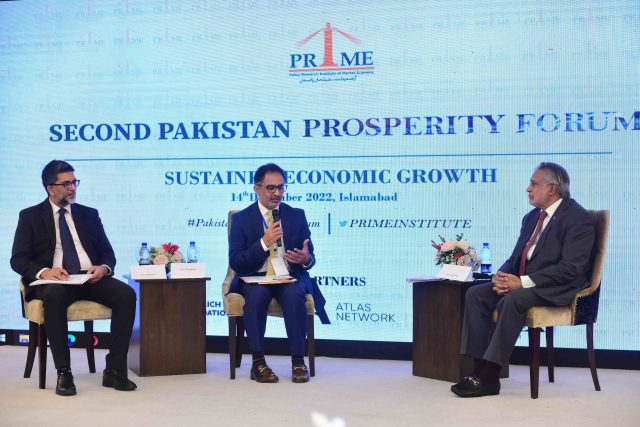 Prime Institute has organized “Pakistan Prosperity Forum” to continue a discourse on outlining a program for Pakistan prosperity and sensitize policymakers to move ahead with the necessary structural and institutional reforms. 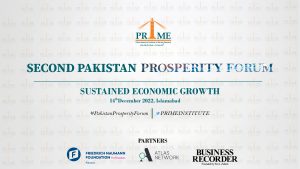 The Forum highlighted that most pressing issues creating instability are the role of state in the economy, low revenue generation and public expenditures, trade restrictions and mounting external liabilities at the time of depleting foreign reserves.

Senator Ishaq Dar, the finance minister, expressed his views in a curated conversation with Ali Salman and Ali Khizar regarding challenges faced by the country and uncertainty mounted by the delay in 9th IMF review. He stressed on the importance of political consensus through charter of economy to carve out long term economic policies. 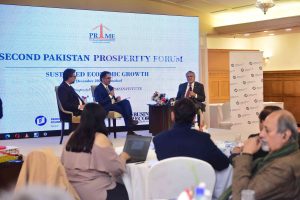 Moreover, he said that in the past, imprudent government expenditures and low revenue generation contributed to consecutive fiscal deficits and subsequent borrowing thus leading to accumulation of public debt to unsustainable levels.

Mr. Dar acknowledged the need to transform our taxation system to broaden the tax base and at the same time curtail unnecessary expenditures along with privatization of loss making enterprises. He highlighted that the current instability in the currency market is as a result of speculations and smuggling of dollars to Afghanistan. 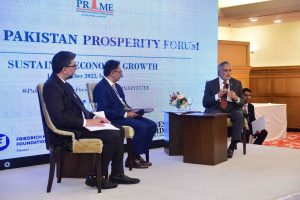 Ms. Birgit Lamm, the Country Head of FNF Pakistan, said that their organization is working in Pakistan since 1986 to promote governance and business friendly environment for the people to carry out entrepreneurial endeavors.

Development only happens when citizens actively participate in economic activities. Currently, whole world faces immense challenges due to COVID-19 and Russia-Ukraine War, which have not only affected the economic activities but also the social system of the country and the healthcare. 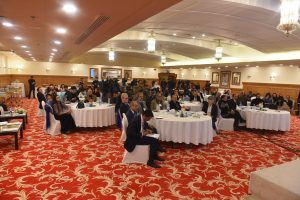 Pakistan is facing challenges which are mostly home-grown structural issues. Pakistan is in an IMF program and it’s not the first time rather 23rd time, which shows that there are underlying issues in the economy which needs to be addressed for economic prosperity.

Mr. Mohammed Rajpar, Chairman Board of Trustee Prime Institute emphasized on the role of independent think tank in policy formulation and urged the private sector to contribute. 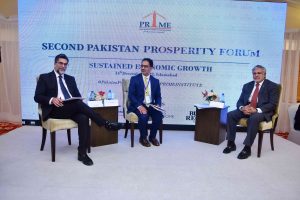 He maintained that taxes have consequences, and they act like incentives which should be redesigned by reducing taxes and lowering tax rates. The country’s taxation system is inefficient, and relies more on indirect taxes to finance public expenditures.

The overhaul of taxation system comprises flat income tax rate of 10 percent on individuals, 20 percent on corporations, 5 percent on all goods and services, and a customs duty to 5 percent.

Dr. Ali Hasanain, Associate Professor at LUMS, and a member of Economic Advisory Group maintained that there are three fundamentals i.e. security of life, property and contracts that make the difference. Pakistan is lagging in these aspects and that is why Pakistan is behind the countries which we aspire to become. In last three decades, Bangladesh and India worked on these fundamentals while security situation remained precarious in Pakistan due to lack of enforcement. 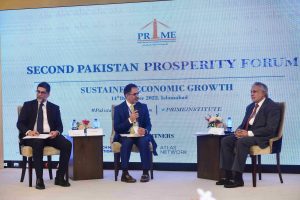 We need markets, which require better policing, property rights, and contract enforcement. Moreover, revenues and expenses must devolve to create competition among the municipalities.

Ali Salman, Executive Director Prime Institute, said that we support sustained economic growth and job creation because they have an impact on large segment of population. Poverty and standard of living of people should be the focus instead of inequality. The Chinese example of pulling 800 million people out of poverty is quoted everywhere and in the process the inequality also increased but it won’t last forever. 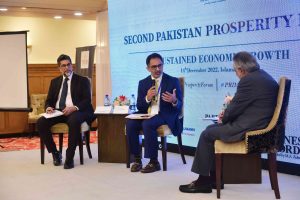 He said that inequality does not matter as long as people are creating wealth on merit through entrepreneurship and talent. The point of focus should be the way of wealth creation. The excessive presence of state in economy is problematic and that is why subsidies and exemptions, not recommended.

It is the need of the hour that government takes steps towards structural reforms by prioritizing and limiting its scope of operation to the core responsibility of creating business promoting ambiance, ensure competitive practices in the market, reduce regulatory barriers, and rationalize taxes to promote transparency and compliance in the country.

Amazon moves closer to a world with zero ETL with two announcements at re:Invent