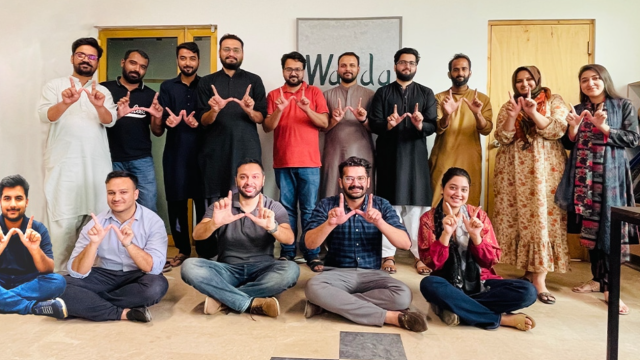 According to the company’s official press release, Waada, an online insurance startup based in Karachi, has purchased a rival firm to become Pakistan’s largest insurance-tech startup.

Across an all-stock buyout, the business has acquired MicroEnsure Pakistan, a division of MIC Global with operations in South Asia and Africa. In addition to announcing the completion of a $1.3 million seed round from local angel investors and global venture capital firms, Waada did not disclose the deal’s worth.

Ishaq Kothawala, CEO and founder, stated that Pakistan has the lowest insurance penetration rate in the area at 0.7%.

Technology, notably the development of the gig economy for agents and underwriters, can play a significant role in filling that gap. We now have the capacity to drive such innovation from the front thanks to this purchase. To enable agents to concentrate on selling rather than administration, it is necessary to automate every process, from underwriting to policy issuance, from leads management to commissions & claims, he continued.

Waada and MicroEnsure each have 1.5 million active customers, and the latter is attempting to capitalize on this fact by choosing to pursue aggressive growth in the current extremely competitive industry.

“This is the first of many consolidations which Pakistan’s market will face,” said Waada investor Nadeem Hussain, who helped with the agreement with MicroEnsure. Fundraising will be challenging due to the global slump.

One of the largest unbanked populations in the world, Pakistan offers plenty of room for expansion in the financial sector. The nation’s insurance penetration rate is only 0.7%, which is lower than that of its neighbors in Asia. Waada’s objective in this area is to distribute 10 million insurance and add clients through online sign-ups within the next three to five years.

Harry Croydon, the CEO of MIC Global, expressed his excitement about Waada’s acquisition of his company’s activities in Pakistan. We can achieve enormous size in Pakistan and beyond because of Waada’s strong local presence and our combined experience with international insurance.

With this combination, Waada hopes to distribute 10 million policies over the next three to five years and establish itself as the nation’s top insurance brand.

The year 2021 was successful for Pakistan’s startup sector, which at the time saw record funding. But since then there has been a decline as venture capitalists have become less confident due to a slowing economy and declining technology stocks.

Many businesses said goodbye to the local startup scene this year. In July, Airlift Technologies, which had raised the largest round in Pakistan, stopped operating. This year, both Swvl Holdings, a Dubai-based commute provider, and Vitol’s used-car company VavaCars left the market after suffering losses.

VEON Honors its Operating Companies in Pakistan as D&I Champions