Usman Riaz’s hand-drawn film ‘The Glassworker’ is one of eight feature films worldwide selected for the ‘Work In Progress’ category at France’s Annecy International Animation Festival 2022.

The Work in Progress list identifies films that have the potential to win awards and make success at the box office in the future. Spiderman: Into the Spider-Verse, Klaus, and How to Train Your Dragon 2 are among the top films that have made it to the festival.

The Director of the film described it as a “great opportunity” that will allow the animation industry to expand. Moreover, The director stated, “It is truly an honor to represent Pakistan at Annecy 2022. To have our first feature film, The Glassworker, on the same stage as so many incredible and inspiring animated films that have come before us is genuinely humbling.”

The film’s teaser was published in February 2016, followed by a trailer in October 2016. Mano Animation Studios in Karachi is in charge of the production. The film has a running time of 95 minutes.

According to Mano Animation Studios, the film will release in 2023.

The feature film is a unique narrative about young Vincent and his father, Tomas. They own and operate the country’s best glass studio. But find their lives changed by a coming war in which they have no desire to participate. 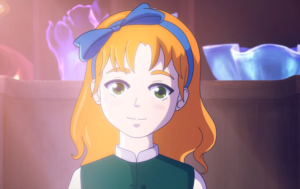 Additionally, The Glassworker project brings together young and creative artists. Furthermore, the film’s collaboration network extends to Malaysia, Peru, Argentina, the United States, and the United Kingdom. It is regarded as a fascinating project that promotes animation versatility.

Artemis 1 mission of NASA is now travelling toward the Moon