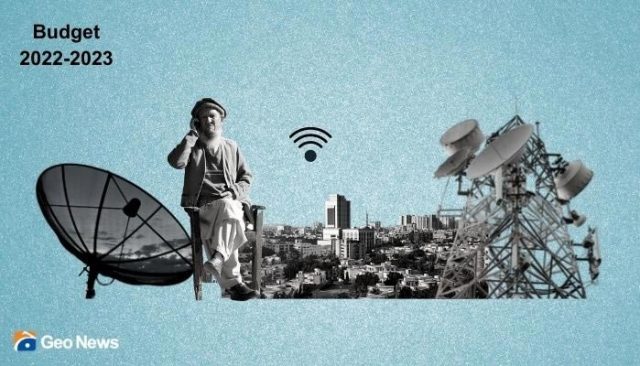 Government must stop treating telecom as a luxury, since it has the potential to take Pakistan out of its economic woes

Despite the government’s recent announcement — which shows that it considers mobile phones as luxury items — it is Information Communication Technology (ICT) that has the potential to take Pakistan out of its economic woes.

Already, IT exports have shown sustained growth, with an increase of 29% month-on-month and 24% year-on-year, as per the State Bank of Pakistan’s third quarterly report.

Tens of thousands get jobs in app-based businesses like Careem, Uber, Foodpanda, Bykea, Airlift, etc., while tens of thousands of Pakistanis get employed through apps like Rozee.pk. A million Pakistanis, according to Payoneer, earn livelihoods by online freelancing. Millions enter the banking systems through branchless banking via mobile phones. Scores of tech start-ups get launched, while countless businesses improve their overall productivity and efficiency by the use of IT tools and applications available in the cloud.

This became possible because of the data (internet) connectivity provided by the telecom network. However, we are still far from the type of connectivity that is needed.

According to the Pakistan Telecommunication Authority, there are 113 million 3G/4G SIMs in service, in a population of 220 million, but that does not mean that 51% of people are online, simply because most people have multiple SIMs.

Besides getting more people online, the quality and speed of the internet also need vast improvements, particularly in numerous places outside the large cities where people cannot even make use of Zoom for learning.

To get the ubiquitous good quality connectivity, Pakistan telecom requires heavy — primarily foreign — investments. In Pakistan, telecom is entirely owned and operated by the private sector, that is providing services at one of the lowest tariffs in the world.

To invest heavily and improve connectivity despite that, multiple issues have to be addressed by the authorities concerned. We look at a few of the top ones, and what their possible remedies could be.

Optic fibre networks within the cities

Traditionally, microwave radio links have been used to connect the cellphone towers with the core network.

However, with an exponential rise in data usage, radios have to be replaced with optic fibre cables as the fibres can carry unlimited data. But the task is gigantic, because in Pakistan hardly 10% of cellphone towers are connected with optic fibres. Compare this to Thailand’s 90%, Malaysia’s 50%, India’s 30%, and Bangladesh’s 27%.

The government could help by committing to buy fibre-based broadband internet for schools, hospitals, and government offices, particularly in smaller cities. This would be a win-win for both sides. Additionally, some seed funding could also be provided in the upcoming budget for the fiscal year from Public Sector Development Programme (PSDP) or Universal Service Fund (USF).

The government has issued policy directives, etc., but the problem remains particularly in dispute resolution. This needs intervention by the highest level as it appears that the IT Ministry — despite the enormous increase in its importance — is considered small fry by the large RoW owners.

The spectrum is a limited natural resource, which delivers its economic value only if/when it is used. But the amount of spectrum allocated to Pakistan’s telecom sector is one of the lowest in the world.

A large amount of unallocated/unused spectrum is lying with the government.

The spectrum has been released after long gaps in the years 2004, 2014 and 2021. On top of that, unfortunately, the prime objective of releasing spectrum has not been to derive economic benefits or develop the country technologically, it has been to collect the maximum amount of upfront cash to meet short-term fiscal deficits.

Some seed funding could also be provided in budget for 2022-23 from PSDP or USF.

Consequently, the private sector hesitates to buy despite the need for more spectrum.

In the upcoming fiscal year 2022-23, the government could release or auction large chunks of the unallocated spectrum — at least twice the total spectrum released thus far — at drastically reduced floor prices (let the market determine the value). The commercial terms and conditions of the auctions need to be re-visited.

Indeed, the operators should be free to use the spectrum thus allocated for 4G or 5G.

If an operator has some spare spectrum at one location while another at the same location is starving for it, they should be able to trade or share the scarce resource. The regulatory framework enabling this is long-awaited.

The telecom sector in Pakistan is one of the highest taxed in the world, probably because it is still considered a luxury.

Some of the taxes are simply unjust, like the 15% advance tax on the use of the internet — as if the internet is something like tobacco.

Over 80% of users who have low incomes, who are income tax-exempt, also end up paying this advance tax.

Remember, 5G is a marathon, not a sprint.

As very few countries produce telecom equipment, it is all imported, attracting high import levies, topped up by sales taxes etc. Lowering these duties/taxes in the upcoming budget — especially for 5G-related equipment and optic fibres — could stimulate investments.

Since 1997, over 80 countries have gone even further; they acceded to World Trade Organisation’s IT Agreement which obligates countries to abolish import tariffs on ICT goods. Countries like the Philippines have experienced high growth and increased exports.

Pakistan was over half a decade late in introducing 3G.

Unfortunately, no one calculated the economic cost of the delay. Let’s not make the same mistake in the case of 5G.

Already 70 countries have live 5G networks, according to a report released by the Global System for Mobile Communications. We do not need to switch over entirely, but to keep the country technologically behind is unfair. We must at least introduce 5G at selected locations early next year.

Remember, 5G is a marathon, not a sprint.

Since the government does not (cannot) provide the extremely vital service of telecommunications to the citizens, it must encourage, enable and facilitate those who do. And the government should please stop treating telecom as a luxury.

Iftikhar provides consulting services on telecom policies and regulations in Asia and Africa. He was previously the founding CEO of USF Pakistan and the country-head of Siemens Telecom in Pakistan