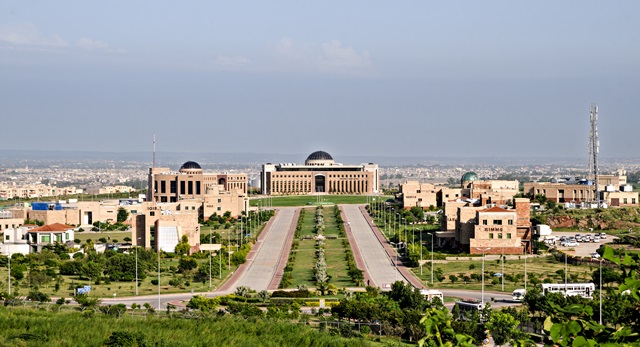 The Geostationary Environment Monitoring Spectrometer (GEMS) satellite, used by NASA to track air quality in real-time, is now available to the National University of Science and Technology (NUST).

Details reveal that NUST was the first institution in the area to join NASA’s orbit-based GEMS satellite.

Dr. Muhammad Fahim Khokhar, the Head of Department (HoD) of the Institute of Environmental Sciences and Engineering (IESE), claimed that NUST was the first institution in the area to be included in the geostationary orbit-based satellite. After receiving the tools necessary to record, compile, and calibrate real-time data on air quality.

It is important to note that GEMS is the first of three satellite instruments that have revolutionized how scientists see air quality over a significant portion of the northern hemisphere.

Every hour of the day, GEMS analyses atmospheric gases over Asia from a fixed orbit over the equator. The satellite has greatly improved scientists’ ability to monitor air pollution from space.
Moreover, nine out of ten people are discovered to breathe toxic air. That is more toxic than what the World Health Organization (WHO) advises, according to public health specialists.

Furthermore, observations are that the majority of nations with poor air quality are low- or middle-income nations. With Pakistan ranking among the worst in terms of the air quality index.

IoBM and TG to Empower Youth through Innovative Agri-Tech Initiatives

Motorola is teasing a futuristic phone that rolls up