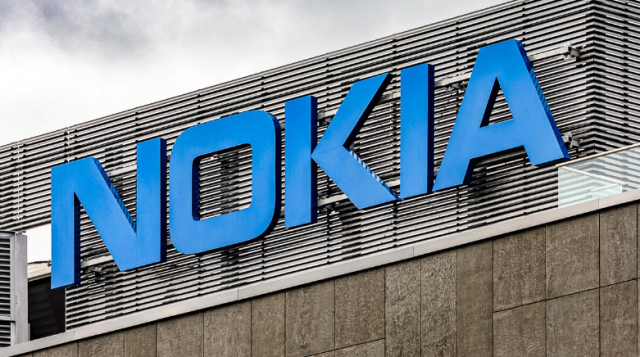 Nokia ‘s Mark Bunn said the company anticipates signing agreements with 10–20 different customers by the end of this year for its various software-as-a-service (SaaS) products, about a year after it initially disclosed the initiative.

Bunn claimed that those clients included both large and small mobile network providers as well as businesses, but he would not identify any of them.

Nokia increased its projections for the magnitude of the SaaS market opportunity overall. Previously, Nokia predicted that the market would be worth $3.1 billion between 2021 and 2025. It now estimates that amount to be $3.6 billion. And Bunn, SVP of cloud and network services at Nokia, stated that Nokia anticipates capturing a sizeable portion of that market opportunity.

Nokia initially introduced automated security services as part of its SaaS software subscription business in November 2021. Since then, however, the company has added services related to network analytics, energy management, and, most recently, core networking. According to Bunn, Nokia now offers ten distinct SaaS solutions and anticipates releasing a number more throughout 2023.

Bunn provided a general overview of Nokia’s attempts to sell subscriptions to its many software offerings during a recent media event. Given that a significant portion of Nokia’s business is in the hardware sector, whether it be 5G radios or optical transport components, the initiative is crucial for the company.

Bunn did not provide any company information regarding the company’s SaaS, including financial or customer information, perhaps as a result.

For Nokia’s SaaS business, Bunn predicted “negative profitability, and that’s intended.” But he predicted that the company would turn profitable within a “reasonable period of time.”

Bunn claimed that by removing spending spikes associated with hardware purchases, Nokia’s SaaS subscription business model might ultimately be advantageous to both Nokia and its clients. Nokia’s revenues and its consumers’ spending would be more predictable with a subscription, though.

Nokia’s SaaS division is still a very small fraction of its overall company. Nokia is certainly attempting to take Cisco’s route, which has made much noise about its efforts to transition from a hardware to a software subscription business. However, the financial analysts at Raymond James recently pointed out that Cisco’s software division is still “stuck” at about 30% of the business’s total revenues.

Importantly, he stated that Nokia does not support the internal private cloud platforms of telecom providers. He claimed that only hyperscale clouds are used by the company’s SaaS division.

Bunn noted that the hyperscalers are not all the same. He noted that “some of them have extremely different strengths.” For instance, due to the way Microsoft manages that platform. He claimed that one Nokia security product could only be used with the Microsoft Azure cloud.

According to Bunn, Nokia is currently “keeping our options open” and hasn’t decided on a preferred hyperscaler. In the future, “we will be making more thoughtful and conscientious judgments,” he said, implying that Nokia may restrict its backing to only one or two hyperscalers as the market develops.

Inside telecom networks, the cloud is quickly taking root. In a recent survey, the research company Omdia discovered that 12% of telecom executives thought the public cloud was the best place to operate network activities.

That shouldn’t necessarily be shocking. Since they have all made it clear what they want, AWS, Microsoft, and Google Cloud all want to move the telecom business to the cloud. Initially focused on moving telecom network operators’ common IT tasks to the cloud. This initiative is now also encompassing operators’ essential network tasks.

Some observers claim that in the race for global telecom, AWS has surpassed Google and Microsoft. However, the market is still in its infancy.