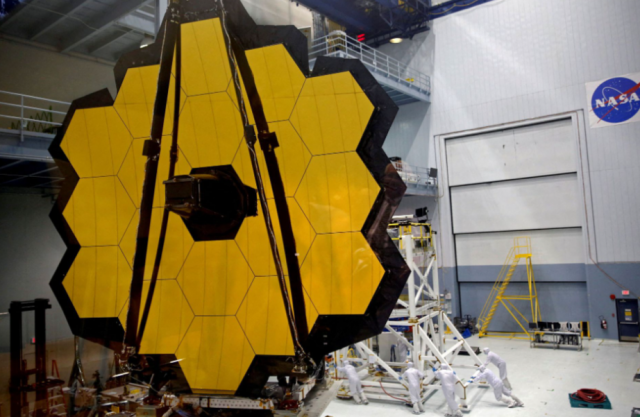 At the end of May, NASA’s new James Webb Space Telescope was struck by a larger-than-expected micrometeoroid. The accident damaged one of the aircraft’s primary mirror segments.

Even though Nasa’s telescope is “still working at a level that surpasses all mission objectives.” The Verge reports that the mission crew will have to rectify the distortion and disruption caused by the impact.

The new next-generation telescope can observe stars and the creation of galaxies when the Big Bang happened. The telescope took two decades to develop and a $10 billion investment. The safe launch of Webb was two years ago on Christmas. And has already reached a distance of one million miles from Earth.

Four other micrometeoroids also struck the telescope but were significantly smaller in size and did not cause any harm since its launch. The designed gold-coated mirrors of the telescope were to resist minor space debris impacts but not larger ones in nature.

“We always knew that Webb would have to weather the space environment. Which includes harsh ultraviolet light and charged particles from the sun, and cosmic rays from exotic sources in the galaxy. And occasional strikes by micrometeoroids within our solar system,” said Paul Geithner, technical deputy project manager at NASA’s Goddard Space Flight Center.

Engineers are doing everything they can to protect the delicate space telescope from possible collision damage. NASA optimistically stated in a blog post, “Webb’s first-year performance is still substantially beyond expectations. And the observatory is fully capable of completing the science Webb planned to achieve.”

HEC and Japan Launch Recruitment Portal for Pakistani IT Engineers