NASA plans to deploy astronauts to Mars for a 30-day mission. Earlier this week, the space agency revealed some of its mission objectives. At the moment, it’s all just a concept, but NASA is asking for input on it.

The mission is not likely to take place anytime soon. NASA still needs to launch Moon missions first. However, the space agency is keen on putting human boots on the Martian surface. So interested that it disclosed the mission’s primary goals earlier this month.

According to NASA, the mission will be a two-person surface mission. As such, one of its primary goals is to demonstrate the practicality of living and working on Mars’ surface. 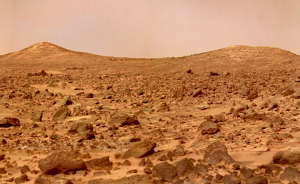 This involves optimizing operations and creating command, control, and coordination throughout the Moon and Mars. We already knew the Moon would play an important role in NASA’s Mars missions. However, this confirms previous reports.

Furthermore, a 30-day mission to Mars requires astronauts to endure months in microgravity. Then, after they get on Mars, they’ll have to rehabilitate to function in the half gravity there. According to NASA, the one proposed solution is for astronauts to reside in a pressurized rover during their journey.

NASA expects to execute a 30-day mission to Mars by the late 2030s or early 2040s. However, it is unclear how evolved technology will be by then. We’ll also have to wait and see how effective the agency’s Artemis missions are in re-establishing human presence on the Moon.