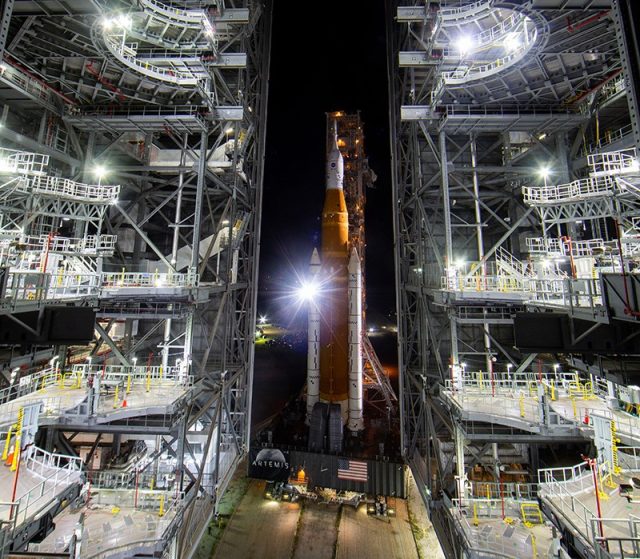 NASA is tentatively penciling in launch dates of September 23rd or 27th for its Artemis I mission after many delays.

Both of those dates will depend on a number of factors, including successful fuelling system repairs, approval from the Space Force, and avoiding a variety of schedule issues in space.

The huge Space Launch System (SLS) rocket used by the organization will be launched for the first time with Artemis I, which will also carry the Orion spacecraft into an orbit well beyond the Moon. As a test for upcoming missions that will transport astronauts back to the Moon for the first time in decades, this trip will not have any people aboard.

On September 3, NASA’s third attempt to launch the mission was unsuccessful due to a hydrogen leak, thus NASA opted to make repairs while remaining on the launchpad. Seals on the connection between the rocket and the fuel lines, which supply liquid hydrogen fuel to the rocket, will be changed. The crew will be able to test the new seals in cryogenic temperatures while remaining on the launch pad, simulating launch-related conditions.

The crucial cryogenic test is presently scheduled on September 17. Leaving just a few days before the opening of the first launch window on September 23. A successful test will need to be followed by around four days before a launch attempt, according to Mike Bolger. the Exploration Ground Systems program manager at Kennedy Space Center.

Other significant concerns may prevent NASA from launching Artemis I this month. In addition to the immediate requirement to fix and test the seals. One of the greatest concerns is the rocket’s internal flight termination mechanism. Which enables the rocket to be destroyed in the event of a launch-related issue.

It is a crucial safety feature when working with large rockets or missiles. And for fairly apparent reasons, it must be operational during launch. The Eastern Range, where NASA is aiming to launch the rocket, is under the control of the Space Force.

It calls for the flight termination system’s batteries to be validated as operational at the time of launch. Which can only be accomplished at the vehicle assembly building, four miles (and many hours) away from the launchpad.

NASA previously received a dispensation from the certification requirements for the system. Giving them some breathing room during prior launch attempts. However, that waiver has already expired, and they must again reapply. Whether or not the launch can proceed safely without rolling back into the VAB will ultimately be decided by the Space Force.

Then there is the rest of what is occurring in space. Because NASA missed the launch window in late August or early September. The SLS will now have to work around the schedules of other missions. In order to avoid complications with NASA’s Double Asteroid Redirection Test (DART) mission. Which is slated to collide with an asteroid on September 26th, the agency picked the 23rd and the 27th.

Early October sees the arrival of another crew to the ISS. The following opportunity to launch Artemis I may not come until later in October if it misses these upcoming opportunities. Whether due to delays in repairs or needing to roll back into the VAB for a checkup.