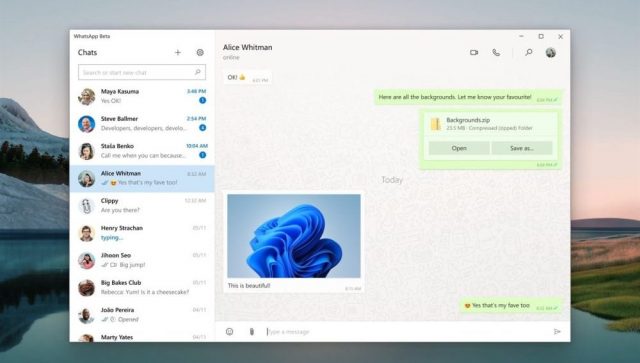 WhatsApp is developing a macOS desktop version. WhatsApp is reportedly working on a Mac Catalyst framework-based version of the app, according to WABetaInfo. Developers may use it to create iPad apps for Mac OS X Monterrey.

Users will be able to link their WhatsApp for Android accounts to their WhatsApp for macOS accounts, eliminating the need to switch to iOS if they already have an Android smartphone. In addition, the business has begun to push out the option to create WhatsApp groups with up to 512 members.

Furthermore, the firm has begun to roll out the option to exchange media files up to 2GB on its platform. This month, these elements were revealed.

WhatsApp just announced a beta version of its Android and iOS applications with multi-device capability. According to reports, the business is preparing to release the second generation of this functionality dubbed Companion Mode.

Companion Mode, which is coming soon, will allow users to utilize the same WhatsApp account on several devices at the same time.

This is already feasible when connecting a PC to the primary WhatsApp account (through WhatsApp’s desktop software or WhatsApp online), according to the blog site. However, WhatsApp users may now utilize their accounts on a second device or a smartphone thanks to the buddy mode.

Meta is fined $18.6m by Turkish board