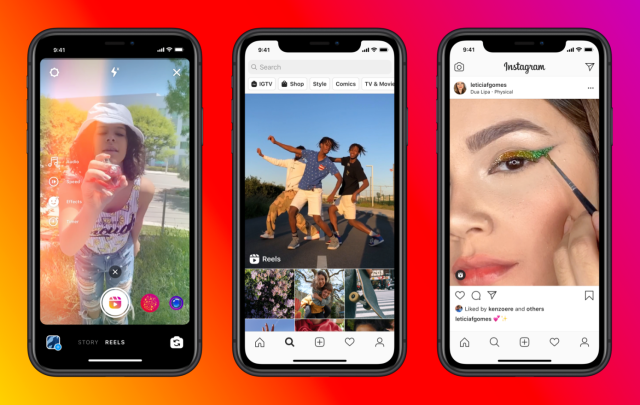 Instagram might have halted its controversial redesign, but that doesn’t mean the company plans to stop focusing on full-screen content. CEO Adam Mosseri confirmed that Instagram will begin testing ultra-tall 9:16 photos “in a week or two.” It happened during his weekly Ask Me Anything.

“You can have tall videos, but you cannot have tall photos on Instagram,” Mosseri said. “So we thought maybe we should make sure that we treat both equally.” Currently, Instagram tops out around 4:5 when displaying vertical images that have been cropped accordingly. But introducing support for slimmer, taller 9:16 photos will help them fill the entire screen as you scroll through the app’s feed.

Instagram’s TikTok-like redesign was criticized by some photographers for the way it forced all photos to be awkwardly displayed in a 9:16 frame. The new feed also added overlay gradients to the bottom of posts so that text would be easier to read. But that clashed with the original appearance of photographers’ work.

During the course of Instagram’s shaky redesign test with users, Mosseri admitted more than once that the full-screen experience was less than ideal for photos. Now, we’re seeing that Instagram very much still intends to showcase that ultra-tall photo experience — but without mandating it across the board.

The company’s own data showed that
Instagram’s overhauled design was so disliked by some people that they began using the app less frequently.

“I think that we need to take a big step back, regroup. And figure out how we want to move forward,”
he said in an interview last week.

Instagram has also said it will reduce the number of recommendations being shown to users. Until it’s better at selecting content they’ll actually enjoy.