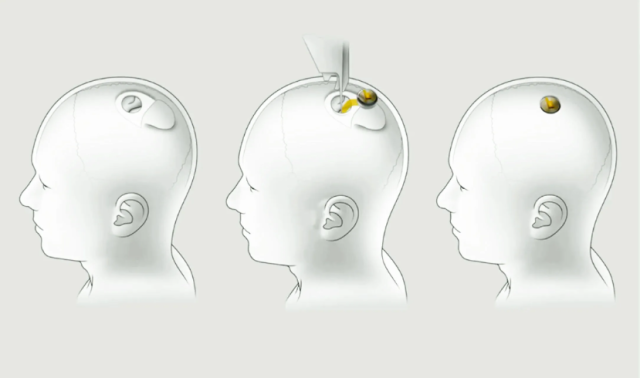 In a statement made at an event hosted at its Fremont, California offices on Wednesday night, Neuralink Corp., the firm founded by Elon Musk, said it would start implanting its coin-sized processors in people within six months.

Neuralink has been putting in a lot of effort to improve the offering. It is made up of a tiny device, electrode-laced cables, and a robot that removes a piece of a person’s skull and inserts it into their brain. Musk claims that the business has a solid relationship with the US Food and Drug Administration and is now aiming for human testing within six months.

Neuralink is already making progress and planning to place implants in other parts of the body, in the true Elon Musk way. At the event, Musk also made two significant product announcements. The business is creating implants for the spinal cord. This will allow patients with paralysis to move again. Additionally, it has an eye implant that can restore or enhance vision. 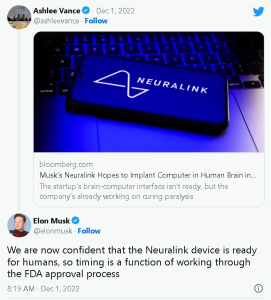 Speaking at the occasion, Musk said:

We are confident that it is possible to restore full-body functionality to someone who has had their spinal cord severed, no matter how miraculous that may sound. We are certain they could see even if they had never seen before.

The goal of the brain-computer interface, or BCI, is to make it possible for someone with a disabling condition like amyotrophic lateral sclerosis or a stroke to communicate with their brain using their thoughts.

Additionally, by having a monkey “telepathically type” on a screen in front of it, it made this point. The Neuralink device transforms neural spikes into data that computers can then understand.

Musk envisions the technology becoming widely used and enabling information exchange between machines and people in the future.

Furthermore, remember that Musk’s Neuralink won’t likely be available to the general public for another year or more since human trials will only begin in six months.

US Reiterates Desire to Boost Cooperation with Pakistan in Diverse Sectors

Alert for the Global Tech Sector as Meta Fires 11,000 Staff