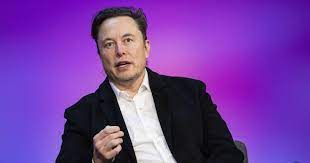 Ellon Musk threatens to end the Twitter deal as Twitter has apparently refused to provide the required data.

Elon Musk’s acquisition of Twitter has hit another speed bump – the deal is on hold while Musk and his team are trying to estimate the proportion of fake accounts (bots), but to do so they need access to additional data from the company.

In a letter to the SEC, his attorney, Mike Ringler, writes “This is a clear material breach of Twitter’s obligations under the merger agreement and Mr. Musk reserves all rights resulting therefrom, including his right not to consummate the transaction and his right to terminate the merger agreement”.

The point of contention is that Twitter’s official filings claim less than 5% of accounts are fake, but according to the letter: “Mr. Musk has made it clear that he does not believe the company’s lax testing methodologies are adequate so he must conduct his own analysis. The data he has requested is necessary to do so.”

TikTok Reveals the True Colors of Summer with #AyeMausam

Unchanged Petrol Prices by the Government