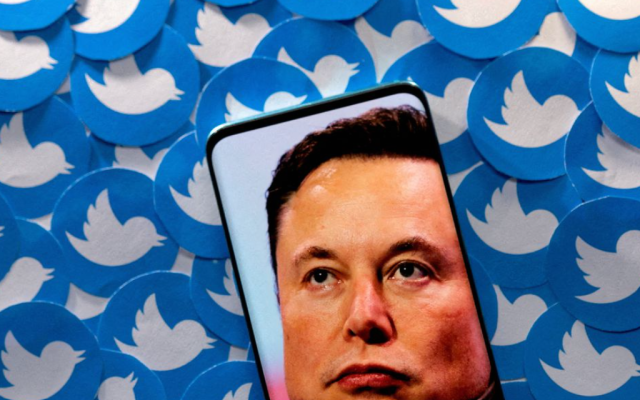 According to a tweet from the new owner Elon Musk, Twitter’s character limit could increase from 280.

The most wealthy person in the world and the new CEO of Twitter responded to a user on the microblogging service. The user asked for a greater character limit by saying that it was part of the company’s strategy.

Musk recently released on Twitter, Twitter is also looking to provide payment services and encrypted direct messages (DMs). The long-form tweet feature that the CEO of the firm teased may or may not be included in the expanded character limit.

Elon Musk responded to a tweeter who requested that the 1,000-character tweet limit on Twitter be increased from the current 280 characters. It’s on the to-do list, Musk retorted. 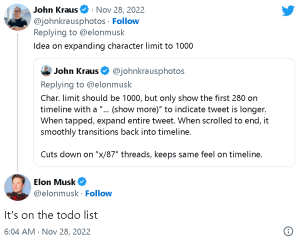 The character limit for tweets on Twitter, which is referred described as a “microblogging service,” was increased to 280 characters in 2017. The company’s blog at the time said that “many individuals Tweeted the full 280 limits because it was new and unique. But soon after behavior normalized…We noticed when consumers wanted to use more than 140 characters. They Tweeted more readily and more frequently.”

The service is one of the few that restricts user posts to no more than a few hundred characters. Users can upload posts with thousands of characters on rival Facebook.
Musk has expressed interest in expanding the character limit several times since he took control of the site.

A Twitter user suggested to Musk on November 27 that the platform’s word limit be raised from 280 to 420. “Good concept,” Musk replied in his reply.

A user had before recommended “get away from character restrictions,” to which Musk had replied, “Absolutely.”
Musk recently revealed a multi-colored verification system as yet another significant upgrade to the platform.

The previous “Twitter Blue” service, had to be discontinued days after its launch. Due to an increase in accounts impersonating well-known brands and personalities. While bearing the “verified” checkmark, would be replaced by a new three-color verification checkmark system. According to Musk, the relaunch of the new Twitter Blue verification service is tentatively scheduled for December 2.