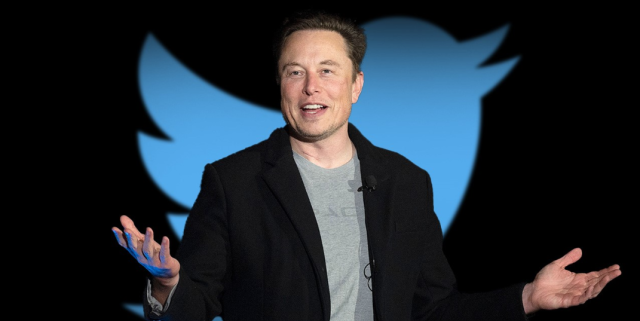 Evidently, Elon Musk doesn’t want to run any businesses. He stated as much during testimony on Wednesday at a trial challenging his hefty salary from Tesla.

Musk, the CEO of numerous businesses, most recently Twitter, was responding to inquiries from legal counsel for Tesla when he made the unintentional remark.

He declared, “Frankly, I don’t want to be the CEO of any company.
The trial, which began on Monday, will examine whether Tesla’s board acted properly when it approved Musk’s compensation package. Which, at the current share price, is now estimated to be worth $52 billion. It will also examine whether Musk had any undue influence on the decision.

However, Musk’s evidence also covered a variety of other subjects, most notably whether he had been drinking when he dubbed himself the “technoking” of Tesla in 2021. (He claimed to be sober, but his lilt gave the impression otherwise.)
He gave an explanation of why he dislikes being referred to as the CEO of his different enterprises. Pointing out that he does not see his job as a conventional chief executive.

“So, CEO is generally perceived as a more business-focused function, but in reality, my role is much more that of an engineer developing technology. Making sure that we develop ground-breaking innovations and that we have a team of fantastic engineers that can achieve those goals”.

He reaffirmed his intention to step down as CEO of Twitter at some point. Since taking over the company two weeks ago, Musk has fired half of the employees. And introduced and withdrew a number of new product concepts. Also oversaw the exodus of a number of reputable advertisers.

Over time, he stated, “I expect to reduce my time at Twitter and find someone else to operate Twitter.”

(Musk has previously told investors that he only intended to hold the position of CEO of Twitter temporarily.)

According to former Tesla board member James Murdoch, Musk is even considering retiring from his position as the company’s CEO at some point. Murdoch testified that Musk had expressly mentioned who he wanted to follow him as CEO of Tesla. But that the plaintiff’s attorneys had not requested Musk to name the candidate. Murdoch testified in his pre-trial deposition that Musk had not specifically mentioned a successor at the moment, but had in the subsequent period.

Musk responded that he was splitting his time between SpaceX and Tesla in 2017. While spending less time on his tunnelling and brain chip ventures. However, by the end of the year, he was spending almost all of his time at Tesla. Which was in the midst of its so-called “production hell” of the Model 3.

Investors are worried about Musk’s multitasking skills. As well as whether the multibillionaire is taking on too much to operate as many businesses as he does. In his testimony, Musk said that he mostly spends his time “wherever the crisis is.”

This is not to mean that Elon Musk isn’t also considering the far-off future. Musk described the Tesla Roadster, which is presently orbiting the Earth, as “an art piece that will survive millions of years”.

When asked to comment on his confrontational approach to authorities, particularly the Securities and Exchange Commission, Musk reaffirmed it. He responded, “In general, I think the SEC’s objective is fine, but the question is whether that mission is being carried out well. “In some instances, I don’t believe it is. The SEC pays far too much attention to matters that are irrelevant and neglects to look into matters that they ought to.

The “latest FTX event,” in which the cryptocurrency exchange filed for bankruptcy, was then brought up by Musk. “Why wasn’t FTX given any attention?” Asked Elon Musk. “Billions were lost by investors. But despite the fact that stockholders received a wonderful reward, the SEC keeps harassing me. This is illogical.

Despite a 2018 settlement with the SEC establishing oversight over his public comments following his unsuccessful attempt to take Tesla private. He also reaffirmed that nobody reviews his tweets before he writes them. Since then, he has filed a lawsuit seeking to have the consent decree thrown out on the grounds that he was forced into signing it.

Musk claimed in court today that the consent decree had been forced into being made. An agreement signed under duress is not admissible as a legal precedent.

A question about Elon Musk’s derogatory July 2020 tweet in which he said, “SEC, three letter acronym, the middle word is Elon’s” was also raised. Musk claimed under oath that he intended it to imply “Save Elon’s Company,” but that it was misunderstood.