Bitcoin momentarily went below $30,000 for the first price in ten months on Tuesday, while cryptocurrencies overall have lost about $800 billion in market value in the last month, according to statistics site CoinMarketCap, as investors worry about restricting monetary policy.

Crypto is a considerably larger market than it was during the Fed’s previous tightening cycle, which began in 2016, prompting worries about its interconnectedness with the rest of the financial system.

According to CoinGecko, the most popular cryptocurrency, bitcoin, reached an all-time high of more than $68,000 in November, bringing the worth of the crypto industry over $3 trillion. On Tuesday, the total was $1.51 trillion.

Bitcoin accounts for over $600 billion of that value, with Ethereum coming in second with a $285 billion market cap. Despite the exponential expansion of cryptocurrencies, the market is still comparatively small.

The value of the US equities markets, for example, is $49 trillion, while the outstanding value of the US fixed income markets is $52.9 trillion as of the end of 2021, according to the Securities Industry and Financial Markets Association.

Who buys and sells cryptocurrencies?

While statistics on the proportion of retail vs. institutional investors in the crypto market are scarce, Coinbase, the world’s largest cryptocurrency exchange, stated that in the fourth quarter, institutional and retail investors each accounted for almost half of the assets on its platform. 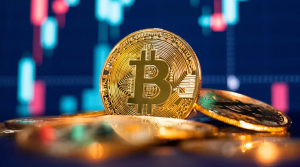 A small percentage of people own most of the bitcoin and Ethereum in circulation. According to a National Bureau of Economic Research (NBER) analysis from October, 10,000 bitcoin investors, both persons and businesses, control over one-third of the bitcoin market, and 1,000 investors hold roughly 3 million bitcoin tokens.

According to University of Chicago study, around 14% of Americans had invested in digital assets as of 2021.

Can a cryptocurrency meltdown harm the financial system?

Even though the entire crypto market is tiny, the US Federal Reserve, Treasury Department, and the international Financial Stability Board have identified stablecoins — digital tokens tied to traditional assets — as a possible danger to financial stability. 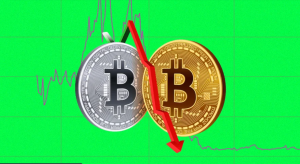 Stablecoins are primarily used to enable the exchange of other digital assets. They are backed by assets that may lose value or become illiquid during market stress, and the laws and disclosures governing those assets and investors’ redemption rights are unclear.

According to authorities, this might leave stablecoins vulnerable to a loss of investor trust, particularly during market stress.

According to CoinGecko, this occurred on Monday, when TerraUSD, a significant stablecoin, lost its 1:1 peg to the dollar and plummeted as low as $0.67. This move led to bitcoin’s decline.

Although TerraUSD is tied to the dollar via an algorithm, authorities warn that investors running on stablecoins that keep reserves in assets such as cash or commercial paper might bleed over into the traditional financial system, generating stress in those underlying assets classes.

Other concerns are rising, warn authorities, as more organizations’ fates are connected to the performance of crypto assets, and traditional financial institutions get increasingly involved in the asset class. In March, for example, the Acting Comptroller of the Currency cautioned that crypto derivatives and unhedged crypto exposures might trip up banks since they are working with little historical pricing data.

Nonetheless, authorities are divided on the magnitude of the harm a crypto crisis presents to the financial system and the economy at large.

The Influences in Streetwear Fashion

Pakistan’s largest trade surplus is in the Information Technology sector