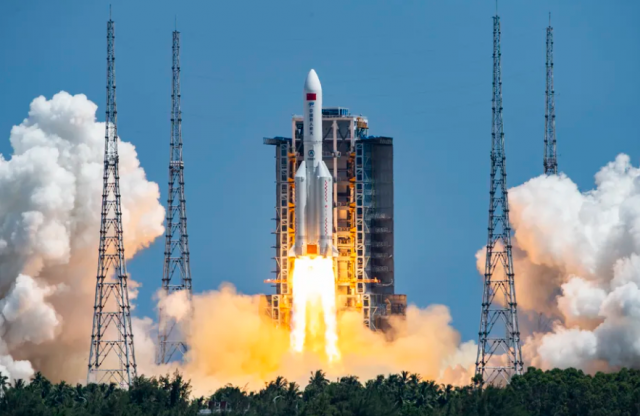 Early on Sunday morning, China successfully launched its second module, known as Wentian, to the Tiangong space station (via SpaceNews).

The Wentian module has equipment that will enable the taikonauts or Chinese astronauts. To conduct a variety of scientific investigations while they are stationed there. According to The New York Times, the new module will also give the crew three additional sleeping quarters and an auxiliary airlock for spacewalks.

China sent the three-person Shenzhou 14 crew to Tiangong in June to get everything ready for Wentian. The third and last lab module for the station, Mengtian, is scheduled to lift off on a Long March 5B in October. Once the last module has docked, the Tiangong space station will be complete and take the shape of a T.

After delivering Wentian, there are some questions regarding where the enormous Long March 5B rocket will land. This kind of rocket operates differently from most others in that it drops its bottom stages into the sea below safely.

It launches its complete first stage into low-Earth orbit to deliver its payload. As noted by SpaceNews, with no means of rerouting or controlling its motion as it crashes to Earth.