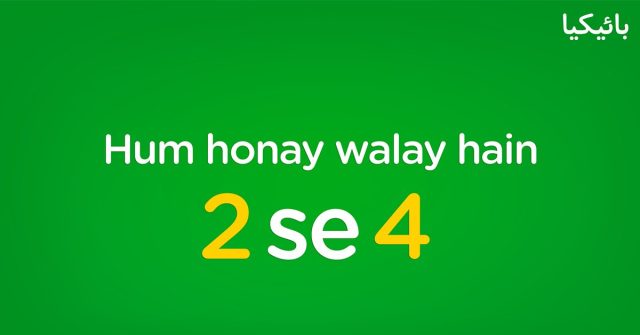 BYKEA is apparently gearing up to launch a car-hailing service soon.

The company has released a cryptic message on its social media that says “Hum honay walay hain 2 se 4” which hints at the launch of the aforementioned service.

Since the rise in petrol prices, BYKEA has seen a tremendous rise in its customer base due and revenues, which has likely increased the company’s revenues and allowed for service expansion.

According to a recent report by Bloomberg, BYKEA has raised $10 million from its existing partners to capitalize on its rising demand in Pakistan. The company operates in several major cities across Pakistan with over 1.7 million active monthly users and more than 60,000 driver partners.

The success of the aforementioned approach is evident from BYKEA’s rapidly growing customer base. And its move to a new venture.

Bykea, is an all-in-one app for transportation, logistics, and cash-on-delivery payments. The services help move people, parcels, and payments efficiently in a safe, reliable, and inexpensive way. We utilize a bike as our mode of transport which outnumbers the cars by three times in Pakistan. It gets through the congested streets and narrow alleyways of cities faster than a rikshaw or a car.

Bykea is on a journey of building affordable technology solutions.  That address rampant challenges in the transportation, logistics, and payments sector.