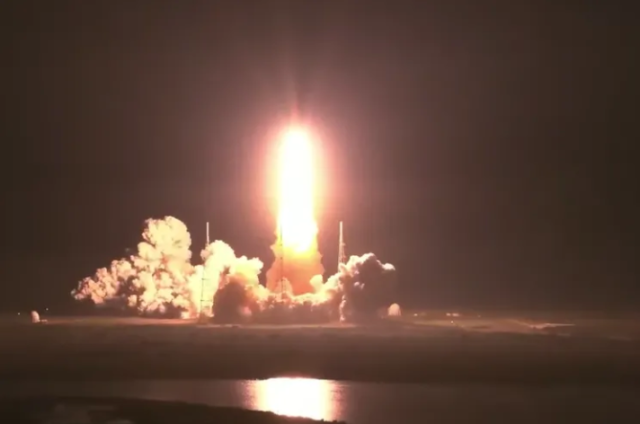 On Wednesday, NASA launched its enormous next-generation rocket into space for the first time with a roar that illuminated the night sky.

A brave new era for the US government’s space programme began with the launch of the Space Launch System rocket, or SLS, at 1:47 AM ET from Cape Canaveral, Florida.

It also represents a significant accomplishment for NASA’s Artemis programme. Which has endured years of setbacks, development hiccups, and enormous expense overruns. Hurricanes and technological issues also contributed to launching delays over the preceding few months, including two scrubs. Then, tonight, in the final hours before launch, engineers were able to resolve a sporadic hydrogen leak as well as a “broken ethernet switch.”

Many of those issues are now in the past as NASA looks to the future of the programme.

Charlie Blackwell-Thompson, the Artemis launch director, declared, “For the Artemis generation, this is for you.”

Prior to the separation of the two vehicles and the core stage of the rocket fell back to Earth and splashed into the Pacific Ocean. The SLS transported its Orion capsule to an altitude of slightly under 4,000 kilometres. (The two solid boosters, which had already split apart, fell back into the Atlantic.) Orion will keep moving until it reaches the Moon. Where it will orbit for a few days before heading back to Earth.

On December 11, the capsule is expected to splash down in the water. Orion is unmanned for this mission save from three mannequins, two of which have sensors to detect radiation levels.

Testing Orion’s heat shield, which will have to withstand temperatures of 2,800 degrees Celsius. As it enters the Earth’s atmosphere, is one of the key objectives of this voyage. Additionally, NASA will test navigation, communications, sensors, and radiation protection.

Future deep space missions will use NASA’s most potent rocket configuration, which was tested during the SLS flight. With a height of 322 feet and a weight of 5.75 million pounds, Artemis I is the first integrated SLS and Orion flight. And is 17 feet taller than the Statue of Liberty. SLS will generate 8.8 million pounds of maximum thrust during launch and ascent. Which is 15% greater thrust than the Saturn V rocket.

Although the launch of the rocket was originally scheduled for 2017, it has repeatedly run over budget and behind schedule. Government auditors charged NASA with failing to be open about cost overruns that raised the final budget by almost $1.8 billion.

But this year, it was finally prepared for launch. Engine No. 3 failed to reach the required temperature for the launch on August 29th, which NASA reportedly blamed on a possibly malfunctioning sensor. The first launch attempt was cancelled.

NASA attempted to launch the rocket again on September 3rd but was forced to abort the launch once more. Because a persistent hydrogen leak developed during fuelling, defying engineers’ repeated efforts to diagnose the problem. Hurricanes Ian and Nicole further pushed back NASA’s launch date on November 16th after the leaks were discovered.

Although the weather was kind this time, hydrogen remained a problem. NASA dispatched a team of three technicians, known as a “Red Crew,” to the launch pad itself when an “intermittent” hydrogen leak was discovered. They had to tighten bolts that could repair the faulty valve on the mobile launcher. The sizable platform supports the enormous rocket and is under the shadow of a fully fueled rocket.

They had success. The Space Force then discovered that one of their radar systems, which was crucial to the launch, wasn’t operating correctly. It was now necessary to replace an ethernet switch, which took more than an hour. After that was resolved, the mission proceeded without incident.

The Orion spacecraft formally entered trans-lunar orbit over two hours after launch, beginning the next stage of its 26-day trip. The following Artemis mission, scheduled for 2024, will transport an astronaut crew around the Moon and back without making a landing. The first crewed Moon landing since the Apollo 17 mission in 1972 will thereafter be launched by NASA in 2025.

The first woman and the first person of colour to set foot on the Moon will both do so during this landing.

We Want To Make Pakistan The Industrial Hub Of Asia: PM