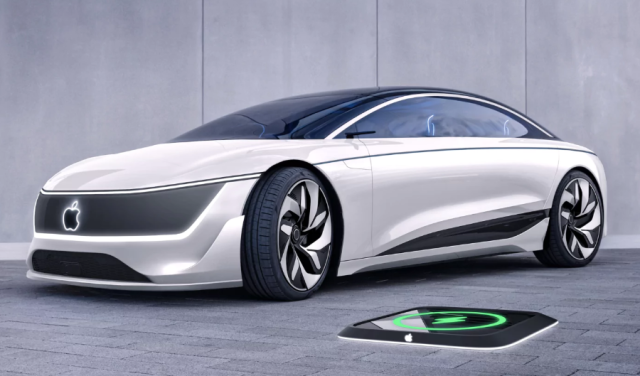 The release of Apple’s smart automobile has been postponed until 2026. The carmaker is also abandoning its lofty goals to build level-3 autonomous driving capabilities into its vehicles.

Initially, Apple intended to introduce its first automobile in 2025. However, Bloomberg asserts that such objectives have been completely derailed due to a major restructuring of the organization’s hierarchy and a mass exodus of employees earlier this year.
Furthermore, according to the source, Apple’s car will have been delayed even longer than the contentious Tesla Cybertruck by the time it is unveiled.

According to reports, the project’s leadership has undergone a number of changes. John Giannandrea was replaced as the project leader in September 2021 by Kevin Lynch.

The team may have been disbanded as a result of the change in leadership, albeit the corporation has neither verified nor refuted this report.

Two companies, Foxconn and Luxshare, are being considered as partners in the EV initiative by the US-based tech behemoth.

Since these two companies, Foxconn and Luxshare, are already involved in EV development. Apple wants to take advantage of its knowledge.

Apple’s EV development plans have been dogged by rumors and theories for years. In addition, according to analysts, the vehicle won’t be making its premiere anytime soon. However, given that the company’s stated target date for the introduction of EVs is 2025. On the other hand, it is expected to put together a new team for EV development soon.

Elon Musk Hints On Increasing the Character Limit for Tweets