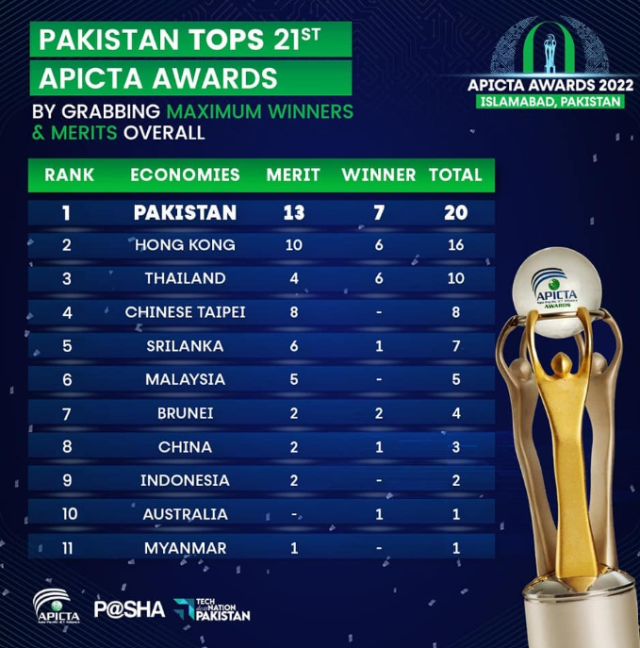 The Asia Pacific ICT Alliance (APICTA) awards recognize the best in class in terms of human talent, technological innovation, and commercial solutions to enhance the regional economy’s IT sectors.

The winners garnered widespread acclaim in the area. And, eventually, the door to economic potential is open for the winning companies in many economies. According to Stan Singh, chairman of APICTA, in an exclusive interview with the companies.

Singh recalled that his IT company won the prize a few years ago and developed his business in many emerging markets. Companies that won the awards successfully acquired businesses in multiple economies of the area.

Around the world, the landscape of technology and business practices is evolving. It is now included as a key component of the company’s business plan rather than being viewed as a business enabler as it once was. IT will provide you with advice. The regional awards foster healthy rivalry among businesses, which benefits their economies. According to him, the communities connected via this platform in order to share information and look for prospects for collaboration.

The majority of economies seek the counsel of regional consulates, embassies, or consultants when they wish to expand internationally. However, APICTA is the chance that opens the door to a completely new dynamic for the regional economies.

The chairman of APICTA emphasized that he believes Pakistan has great potential as a nation. And in its IT sector and that he is delighted to have voted for Pakistan to host APICTA in 2022.

“I can confidently state that you are on the right track. When I contrast Pakistan’s IT ecosystem with that of the other more industrialized nations. The skill pool in the start-up ecosystem is seemingly endless, in my opinion. Keep going in the same direction until you reach the landmark you choose.

If you were to ask me to rate Pakistan on a scale of 1 to 10, I would respond, “10 on 10.” After delegates travelled to the hosting nations for the first time, the APICTA chairman stated that the awards ceremony revealed regional economic work within Pakistan is feasible.

“APICTA was held in Pakistan for the first time in the previous 22 years since it was not an easy task, at least on the surface. As the media tend to paint a negative picture of Pakistan. However, in August, the team and I conducted a thorough reconnaissance to track the KPIs and the event’s host’s readiness.

We were optimistic that the Ministry of IT would support us for the ceremony. Which was officiated by Prime Minister Mian Shahbaz Sharif. And marked the first time ever that a nation had inaugurated APICTA awards at the highest level.

He went on to explain how it was an ambitious undertaking to welcome over 150 delegates and how all parties involved.

Including the ministry and its affiliated departments, Tech Destination Pakistan, Ignite, APICTA, and P@SHA, did an amazing job to make history in the nation.

“Most of the international delegates visited Pakistan for the first time. And they have now become ambassadors of Pakistan for promoting its soft image in their countries,” said Stan Singh, chairman of APICTA.

In order to finally raise the standard of the IT industry in the region. He continued, “the spirit of APICTA is to promote collaboration, partnership, business activities, and knowledge exchange across economies.”

Over 150 international delegates from various nations, including Hong Kong, Brunei, Sri Lanka, Thailand, Indonesia, Malaysia, and others, had the chance to tour Pakistan.

For 25 categories, almost 200 submissions from various economic sectors were received. A winner and two merits received awards in each category (runners-up). The winners’ names and categories are listed below. There are 17 prize categories with a range of industries. Artificial intelligence is used in the judging process to analyse the judges’ decisions in light of their validity.