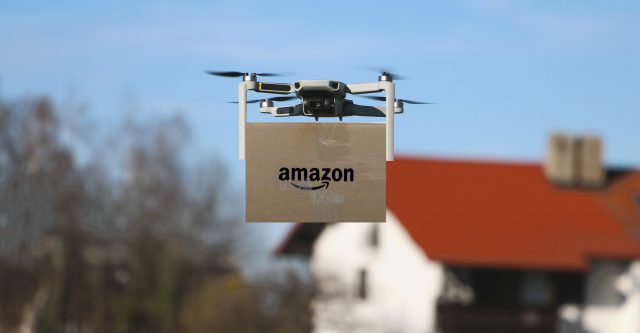 Jeff Bezos in 2013 said that he expected drone deliveries to commence in the next five years or thereabouts.

Almost a decade later, despite spending more than $2 billion and assembling a team of more than 1,000 people around the world, Amazon is a long way from launching a drone delivery service.

According to a Bloomberg investigation, government reports and interviews with 13 current and former employees reveal a program beset by technical challenges, high turnover and safety concerns. A serious crash in June prompted federal regulators to question the drone’s airworthiness because multiple safety features failed and the machine careened out of control, causing a brush fire. While experimental aircraft are expected to crash during test flights, current and former employees say pressure to get the program back on track has prompted some managers to take unnecessary risks that have put personnel in harm’s way. 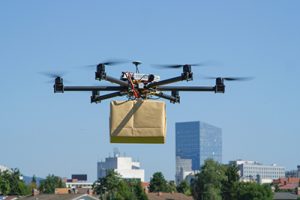 “With rigorous testing like this, we expect these types of events to occur, and we apply the learnings from each flight towards improving safety,” Amazon spokesman Av Zammit said in an emailed statement. “No one has ever been injured or harmed as a result of these flights, and each test is done in compliance with all applicable regulations.”

Amazon plans to ramp up testing in the coming months. Having missed a goal of conducting 2,500 test flights last year, according to documents reviewed by Bloomberg, the company has set an even loftier target of 12,000 for 2022—although fewer than 200 had been completed as of late February. The company plans to add new testing locations this year in College Station, Texas, about 100 miles northeast of Austin, and Lockeford, California, near Stockton. Amazon also hopes to start testing drones beyond the sight of flight observers, according to documents reviewed by Bloomberg, a key step toward proving their ability to fly autonomously.

It will be years before the Federal Aviation Administration approves commercial drone deliveries, although the agency is letting companies conduct test flights in increasingly populated areas so long as they don’t pose significant safety risks. But the prospect of replacing human drivers with flying robots appeals to online retailers because 30-minute shipping is expected to become standard for certain deliveries, such as medicine, snacks and baby products.

Amazon drones could fan out up to 7 miles (11 km) from a delivery station, breezing above traffic to deliver packages weighing as much as 5 pounds (2.3 kg) within a half-hour of a customer clicking “buy.” The speed would finally make ordering from Amazon as quick as a trip to the store and help offset one of the biggest costs of e-commerce: paying someone to drive packages to homes.

Rs. 31B Budget Allocated to Set-up IT Park in Karachi

HEC, Microsoft to Revolutionize the Education Landscape in Pakistan