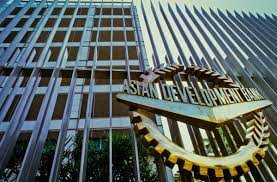 Masatsugu Asakawa, president of the Asian Development Bank, stated on Tuesday that the ADB would continue to assist Pakistan in reducing the crisis brought on by climate change.

In a virtual press conference, the president of the ADB expressed sorrow over the unprecedented losses caused by the recent flooding in Pakistan and announced that the bank had already approved a $3 million grant to support the government of Pakistan’s emergency relief efforts amid widespread floods across the nation.

He claimed that ADB was committed to helping Pakistan overcome the catastrophic effects of this natural disaster and providing prompt relief to impacted families since it was aware of the suffering of the Pakistani people.

Developing Asia would need US $1.7 trillion annually to support climate resilient infrastructure and to meet the infrastructure needs. The president said in response to a question about the recent flooding in Pakistan and climate issues. The press conference was held virtually in conjunction with the 55th ADB annual meetings.

According to him, the ADB wanted to finance climate adaptation to the tune of $100 billion by 2030, or at least $34 billion.

Using funding from the Asia Pacific Disaster Response Fund (APDRF), he said that the money will assist the rapid procurement of food supplies, tents, and other relief materials to relieve flood victims all across the nation. In the meantime, the ADB also made plans to commit at least $14 billion over the years 2022–2025. To a comprehensive program of assistance to help alleviate the escalating food crisis in Asia and the Pacific. And enhance long-term food security by bolstering food systems against the effects of climate change and biodiversity loss.

The support increases ADB’s already substantial contributions to food security in the area. Where almost 1.1 billion people lack access to a healthy diet because of poverty and this year’s record-high food costs.

The money will be used to support both new and ongoing initiatives. In the fields of agricultural inputs, food production and distribution, social protection, irrigation, and water resources management. As well as initiatives that make use of nature-based approaches.

ADB will keep funding other initiatives that improve food security. Including those related to the energy transition, transportation, rural financial access, environmental management, health, and education.

In remarks during the 55th Annual Meeting of the Asian Development Bank. ADB President Masatsugu Asakawa remarked, “This is a timely and urgently required solution to a crisis that is leaving too many poor families in Asia hungry and in deeper poverty.”

“Before the effects of climate change increase and further undermine the region’s hard-won development accomplishments, we must take action now. Our assistance will be focused, coordinated, and effective to assist vulnerable people. Particularly vulnerable women—in the near future while strengthening food systems to lessen the effects of current and upcoming threats to food security.

Given that several of its nations rely heavily on imported fertilizer and staple foods. Asia and the Pacific region are susceptible to food shocks. Healthy food was out of reach for a large percentage of the population in many ADB low-income member countries even before the invasion of Ukraine.

5G Launch to Create Win-Win Situation for All Stakeholders