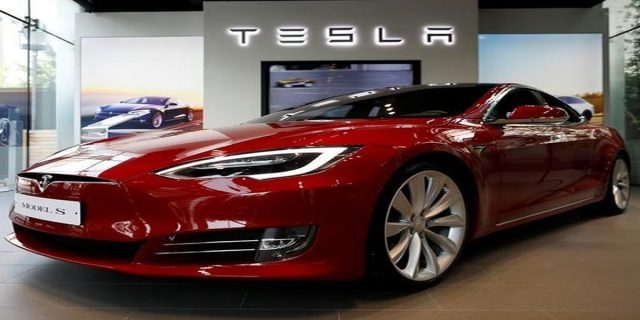 Tesla, American electric vehicle and clean energy company based in Austin, Texas, says it has delivered a record number of its cars in the first quarter, despite supply chain challenges.

The electric carmaker says it delivered more than 310,000 vehicles in the first three months of this year. That was almost 70% higher than for the same time last year.

Chief executive Elon Musk says the improvement came despite an “extremely difficult quarter”, including strict coronavirus policies in China, where Tesla has a so-called ‘Giga factory.

Tesla delivered 310,048 cars from the start of this year to the end of March, up from 184,800 a year earlier, according to figures released over the weekend.

“This was an exceptionally difficult quarter due to supply chain interruptions and China zero Covid policy,” Mr Musk said on Twitter. The bulk of deliveries was of Tesla’s Model 3 sedan and Model Y.

Mr Musk previously said the Model Y, which was launched in 2019, was part of Tesla’s plan to reach a wider market. The world’s most valuable carmaker is set to release its full financial results for the period of 20 April.

Tesla has a ‘Giga factory’ in Shanghai, which is a high volume car manufacturing plant, which also produces lithium-ion batteries that power the vehicles. It was reportedly shut as the city saw a surge in coronavirus infections.

This was an *exceptionally* difficult quarter due to supply chain interruptions & China zero Covid policy.

Tesla did not resume production at the site on Monday as planned, according to reports that cited an internal memo.

In January, Mr Musk said he expected Tesla to grow by more than 50% this year despite supply chain problems. The firm reported a record $5.5bn (£4.2bn) profit last year.

The city is also a hub for semiconductor and electronics manufacturing, as well as being the world’s busiest shipping port.