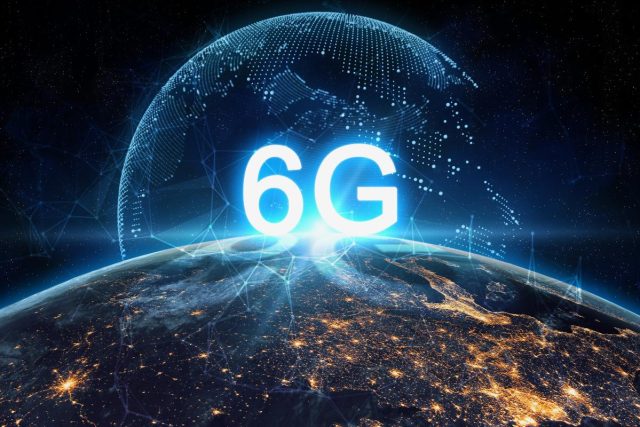 There are concerning findings from a recent study regarding 6G. To examine the effects of 6G terahertz radiation on mice, researchers from Xian Jiaotong University in China exposed the animals to the radiation.

The findings revealed that their brain’s neurons and cells expanded by roughly 150% more quickly than usual.

Terahertz waves with a frequency between 0.3 and 3THz (where 1THz is equal to 1000GHz) make up terahertz radiation. These waves are being tested for 6G because they can enable transfer speeds of up to 1 Tbps, which is substantially faster than the 20 Gbps maximum of the millimeter waves used in 5G.

Because they can see through clothing, several terahertz devices are now utilized in airport body scanners to provide a clear body image.

For three minutes, researchers gave a mouse a 100-microwatt pulse at a frequency between 0.3 and 3 terahertz. In a Petri dish, the mouse’s brain cells and neurons expanded 150 percent more quickly, according to the experiment.

The brain cells survived the abnormally rapid development, according to the molecular study. The neuron connections between the cells, according to experts, had already increased in just three days.

Results of the Research

Researchers claim that this finding will aid in the creation of new communication technologies as well as the treatment of brain disorders. Since the Earth’s atmosphere is a potent terahertz radiation absorber, Li Xiaoli, the study’s principal investigator, explained:

A major concern is the terahertz radiation protocol.

Li and his colleagues state the following:

“Future communication technology’s harmful health impacts might be prevented by lowering radiation exposure’s intensity and duration. It is possible to create unique neuromodulation technologies using terahertz waves of certain frequencies and energy to cure or prevent diseases like neurodevelopmental disorders. Various mental and neurological conditions, including Alzheimer’s disease, autism, and Parkinson’s disease, can be brought on by faulty neuron growth and the ensuing disordered neural network structure.”

Researchers at the Russian Academy of Sciences discovered the effects of terahertz radiation in a 2009 study. The temperature of the brain cells may rise as a result of the high terahertz radiation for several hours each day. They may also interfere with cell growth and lead to dehydration, which may result in smaller, more damaged cells.

According to Li’s research, a smaller dose may boost the synthesis of several proteins that mimic neuron development, including GluA1, GluN1, and SY-38. Many hydrogen bonds in proteins are continually vibrating. These vibrations have a lower frequency when exposed to terahertz rays. Some proteins are responsive to mild terahertz radiations because proteins have different structures from one another. According to researchers, it is important to investigate the alterations occurring in proteins at various intensities.

According to Li’s teams’ paper:

“Proteins may directly link with terahertz radiation, which effectively causes them to resonate non-linearly. The proteins’ form, and consequently the structure and operation of neurons, may be impacted by this.”

Terahertz radiations have been discovered to improve the intelligence of newborn mice, according to Professor Liu Jianxin of the Institute of Brain Science at Xian Jiaotong University. Young mice’s brain cells grew when exposed to 90-milliwatt terahertz radiation for 20 minutes each day for three weeks. This made it easier for mice to navigate mazes and save their lives.
On elderly mice, the identical experiment was unsuccessful. The causes of these results, according to researchers, are not yet fully understood.