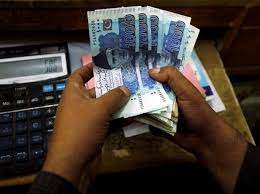 The government is planning to spend 58% of the budget on debt servicing and defence.

The government may unveil a nearly Rs9.5 trillion budget that has been prepared on a target of a mere 4% increase in expenses but a one-fourth surge in revenues aimed at meeting a core condition of the International Monetary Fund.

The federal government has finally agreed to exhibit a primary budget surplus of nearly Rs200 billion by planning fiscal consolidation of nearly Rs1.8 trillion or 2.2% of the Gross Domestic Product in the next fiscal year.

The budgetary framework is projecting about 0.3% of the GDP primary budget surplus – showing that its net income will be more than the expenditure, excluding debt servicing costs.

Earlier, during the Doha round of talks, the government had presented a primary budget deficit framework, which the IMF did not agree to.

A major chunk of the new budget – the Rs5.5 trillion or 58% of the budget – will be spent only on two heads – debt servicing and defence. There is an alarming increase of over Rs800 billion or 26% increase in debt servicing cost in just a year.

In the outgoing fiscal year, the share of these two components was half of the total budget. The defence services’ share remained constant but the debt servicing has gone out of control.

Although the government will be aiming at close to a Rs200 billion primary budget surplus, the finance ministry will still borrow Rs4.6 trillion to run its operations, thanks to the nearly Rs4 trillion debt servicing cost in the fiscal year 2022-23.

This will be the highest-ever debt servicing cost in the history of Pakistan.

The sources added that as against Rs1.6 trillion estimated primary deficit in the outgoing fiscal year, the new budget may be unveiled with a primary surplus target of nearly Rs200 billion.

The Rs1.8 trillion or equal to 2.2% of the GDP steeper adjustment will be challenging in an election year and chances of slippages will remain high.