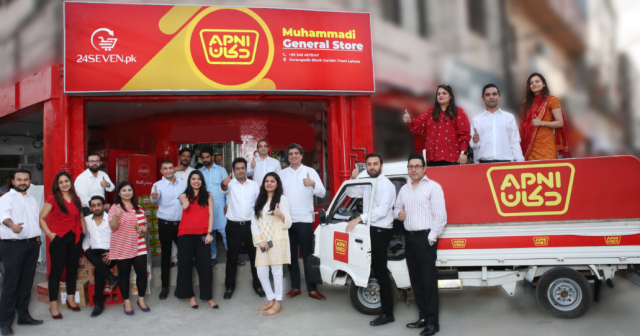 According to co-founder and CEO Jarrar Shah, e-commerce firm 24SEVEN has secured $6 million in Pre-Series A financing to expand its Apni Dukan platform.

The business-to-business-to-consumer (B2B2C) venture, formerly known as 24seven.pk, digitalizes and rebrands mom-and-pop shops as 24SEVEN Apni Dukan resellers. More than 2,500 resellers have now been onboarded in five locations. They can use a digital supply chain to obtain and store items for later sales to customers.

Betatron Venture Group, Newlin VC, Verity Capital, Argo’s Quest, as well as several additional family offices and angel investors, joined SOSV in leading the Pre-Series A investment. With the additional money, the business will be able to better serve both Apni Dukan partners and the homes that purchase their food. A portion of the investment will also be used to expand into “a number of additional cities, including Karachi and Islamabad”.

Mr. Shah declined to disclose the entire business value that the new investors utilised to purchase shares in exchange for their investments. In a similar vein, he omitted to include the company’s gross merchandise value (GMV), a popular e-commerce statistic that counts the cost of goods an app processes for sale.

Mr. Shah stated that the performance indicator has increased month over month by more than 40% over the past 12 months. Adding that the firm is expanding its GMV “extremely fast.”

Despite the fact that the real average is just around half of that. The firm has the potential to onboard 500 establishments per month. “It’s intentional. First, we seek to strengthen our bonds with our current business partners (store owners). When we enter other cities, we’ll raise the monthly average, he added.